The University of Houston and Texas A&amp;M ban travel to China

Some university systems and major airlines are not taking chances with this outbreak. The CDC just recently expanded coronavirus screenings to 15 international airports across the country - including Bush Intercontinental Airport.

HOUSTON - Universities across Texas are banning non-essential travel to China. The Centers for Disease Control and Prevention recently expanded Coronavirus screenings to 15 international airports across the country - including Bush Intercontinental Airport.

Students and faculty at all University of Houston systems received two notices Tuesday. The first informed the community that no known cases have been reported at their campuses. The second issued a ban on all non-essential travel to parts of China - specifically to Wuhan and Hubei Province, where the first case of the disease is believed to have originated from.

“I’m not surprised. It's pretty bad. I mean I’m Chinese myself, so my dad’s pretty aware of it and I’m pretty aware of the situation. I have a lot of family back in China and we usually go back every year but probably not this year,” said UH freshman Sam Qiao.

With little information about the deadly flu-like disease and how to protect themselves, students at UH said they're on edge about what could happen.

“There has been a lot of speculation like what happened? What are we going to do about it? We have a lot of exchange students here so that's a little concerning, especially with families,” said UH junior, Christine Tijerina.

“The thing is, we don't know who has it. I heard someone in Houston recently was taken back from the airport so that is pretty scary to me because we're interacting with so many people and like so many students around the campus. We usually don’t know where we might end up. And if someone has it, we would not know. So we have to be extra careful and take extra precautions,” said Tasnuva Haider. 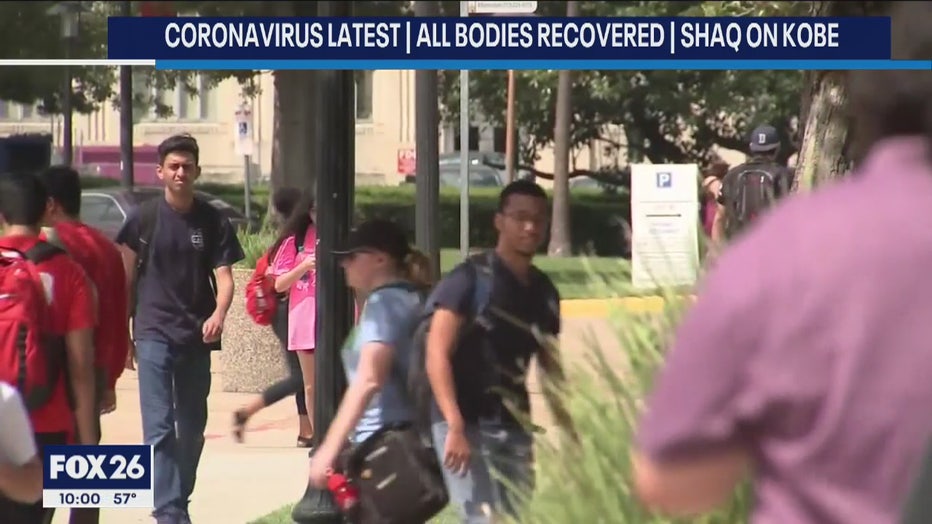 “I mean the classes are pretty big and everyone's sitting close to each other. So if someone like sneezes, that might come to me. We don’t know when to take precautions because we would not suspect that they would have the virus,” said Haider.

Joining the travel ban is Texas A&M, who also decided to suspend all university-sponsored travel to China until further notice.

The news of the cancellations comes a day after the U.S. State Department issued a Level 4 advisory asking folks to not travel to the entire Hubei province.

The department is also asking travelers to reconsider heading to China altogether.

United Airlines has also suspended some of its flights to China due to the current decline in demand.

Additionally, United travelers who have already booked their flights to certain cities in China could be eligible either for a refund or travel waiver.

“Due to a significant decline in demand for travel to China, we are suspending some flights between our hub cities and Beijing, Hong Kong and Shanghai beginning Feb. 1 through Feb. 8. We will continue to monitor the situation as it develops and will adjust our schedule as needed,” said a statement to Fox News.

United travelers with tickets to Wuhan through March 29 are eligible for refunds — “even for nonrefundable tickets,” the airline writes.

United Airlines, meanwhile, has also expanded its travel waivers to ticketholders scheduled to fly to Beijing, Chengdu or Shanghai before February 29, waiving the change fee for any travel scheduled before that time.

Mayor Sylvester Turner and members of the Houston Health Department are expected to provide an update on the city’s response to the coronavirus on Wednesday.