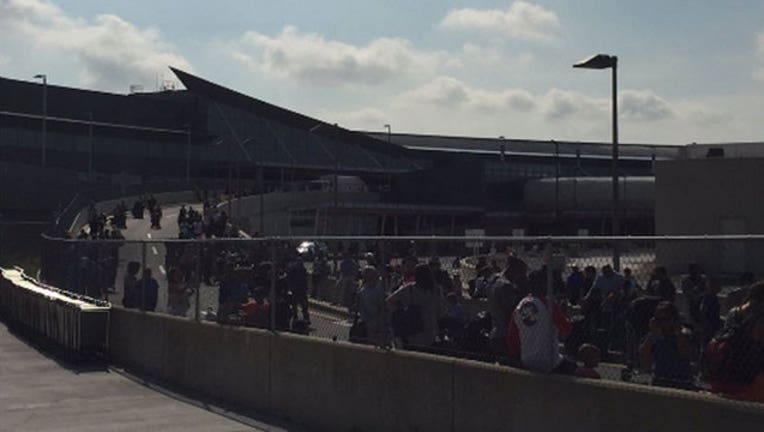 Terminal 5 at JFK Airport was briefly evcuated the morning of June 29, 2016 following reports of an unattended bag. Photo by @will6410.

There were no reports of injuries. It is not clear why the bag was left unattended or what was inside.

The evacuation came just hours after a deadly terrorist bombing at an airport in Istanbul, Turkey.

The Port Authority of New York and New Jersey said that travelers should expect to see officers with tactical weapons patrolling at JFK and LaGuardia airports and at New Jersey's Newark International Airport.

Port Authority officials said they were continuing to monitor the situation in Turkey alongside federal and local officials, including the FBI Joint Terrorism Task Force.