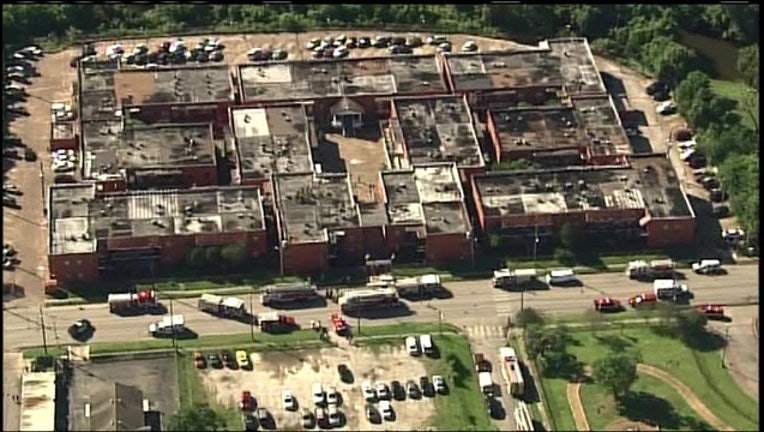 Apartment building fire in southeast Houston on May 4, 2017

HOUSTON (FOX 26) - Two firefighters were injured, one of them by electric shock, at the site of an apartment building fire in southeast Houston.

At the apartment complex on Park Place Boulevard near Hartford Street, one of the firefighters used a saw and accidentally cut through a power source, causing him to get shocked. That firefighter was taken to Memorial Hermann Hospital - Texas Medical Center. A second firefighter was also injured and taken to the same hospital.

Neither firefighter has yet been identified.