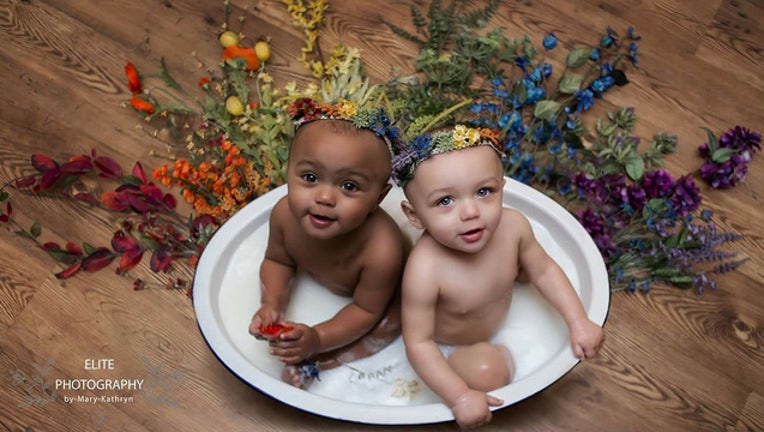 NEW YORK (FOX 5 NEWS) - Twin girls from Illinois who gained national attention after they were born celebrated their first birthday on Sunday. Kalani and Jarani Dean are fraternal twins. Kalani has light skin and blue eyes while Jarani has dark skin and brown eyes. Their mom, Whitney Meyer, is white, and their dad, Tomas Dean, is black.

Whitney told Fox5NY.com that she was so surprised by their different skin tones that she thought Kalani was albino. Whitney later posted numerous photos of her beautiful daughters on Facebook, garnering a sizable group of admirers.

Whitney said she wanted to share their story because she considers them to be a miracle. Her son Pravyn Meyer passed away when he was 2, and year and a half later she was pregnant with the twins. She said his skin tone was mixed, while her oldest son, Talan Meyer, has light skin. She said she loves that each daughter resembles one of their brothers.

Children from parents of different races can inherit the skin tone of just one of the parents. Though very rare, siblings -- and even fraternal twins -- can have different skin color.

"I'm also so proud of my girls and who they are," Whitney said. "So much love is shown for them, which I love. So when people look at my girls they can't just love one and not the other because they come together!"

She said that her daughters are an example of love in a world that has a lot of hatred.

"I also wanted parents who are grieving to know that there are miracles for us who are suffering still to this day," Whitney said.