President Donald Trump participated in a virtual rally on Rush Limbaugh's conservative radio show after nearly a week in quarantine after being diagnosed and treated for symptoms of COVID-19.

WASHINGTON - President Donald Trump on Friday dropped an F-bomb on Rush Limbaugh’s radio show in a two-hour conversation with the conservative talk host, which covered a multitude of topics including the media, Iran and ongoing coronavirus stimulus talks.

When the discussion turned to Iran, Trump promised that the country would enter into a new nuclear pact with the U.S. if he is re-elected in November.

“You don’t see the terror the way you used to see the terror, and they know if they do anything against us they’ll pay a thousand-fold,” Trump said.

“They’ve been put on notice. If you f--- around with us, if you do something bad to us, we are gonna do things to you that have never been done before,” he continued.

Trump in 2018 withdrew from the Iran nuclear deal, which was negotiated by the Obama administration, and escalated sanctions. Trump contended at the time, “If we do nothing, we know exactly what will happen. In just a short period of time, the world’s leading state sponsor of terror will be on the cusp of acquiring the world’s most dangerous weapons.”

The remark on Friday appeared to be censored on some radio stations that air Limbaugh’s show, which is nationally syndicated.

Trump, who was diagnosed on Oct. 1 with COVID-19 and hospitalized for three days, has remained at the White House during his recovery. The call with Limbaugh was billed by the Trump campaign as the "largest radio rally in history." 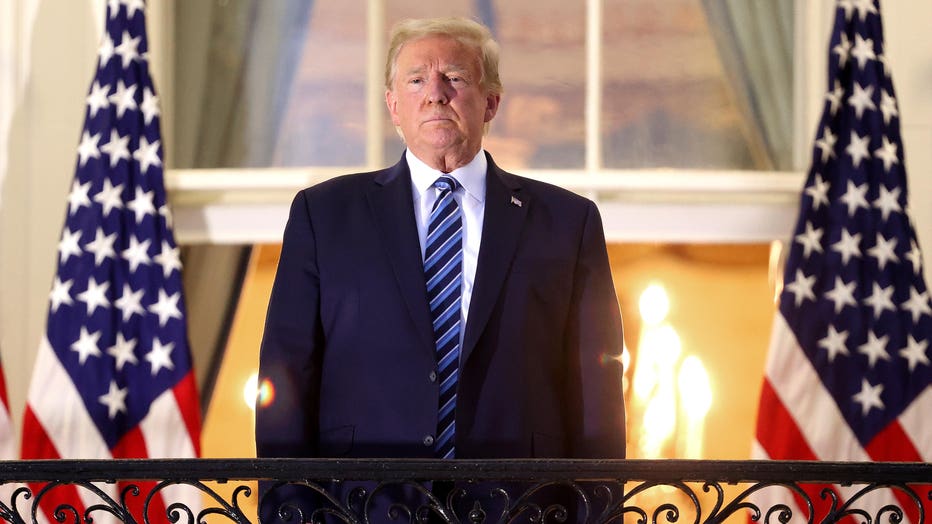 The president also discussed his prospects in the face of grim polls and blamed media “poisoned by their own hatred.”

Trump told Limbaugh he wanted to get back on the campaign trail as soon as this weekend and continued to tout the experimental antibody drug he received from the company Regeneron as a "cure" for COVID-19.  No cure yet exists for the virus.

“I was not in the greatest of shape," he said. "A day later I was fine.” He promised to expedite distribution of the drug to Americans in need, though that would require action by the Food and Drug Administration.

He also speculated to Limbaugh that without the drug, "I might not have recovered at all.”

Earlier this week, Trump directed officials to halt talks with House Speaker Nancy Pelosi “until after the election” regarding a new coronavirus stimulus package because the GOP balked at the high price tag of the aid she was calling for. But then seemed to increase the administration’s offer in a statement on the show.

“I would like to see a bigger stimulus package, frankly, than either the Democrats or the Republicans are offering,” Trump said.

“I’m telling you something I don’t tell anybody else because maybe it helps or maybe it hurts negotiations,” Trump told Limbaugh. “I would like to see a bigger package.”