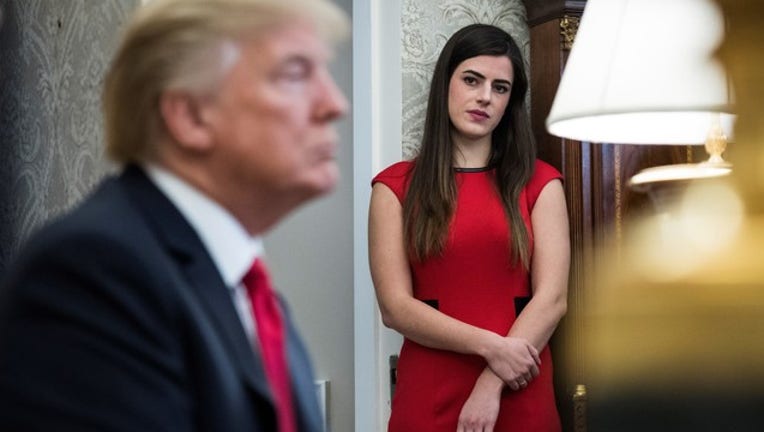 Madeleine Westerhout watches as President Donald Trump speaks during a meeting with North Korean defectors in the Oval Office at the White House in Washington, DC.

WASHINGTON (AP) - President Donald Trump says his secretary was dismissed after making indiscreet remarks about his children and saying things that "were just a little bit hurtful."

Madeleine Westerhout lost her job as director of Oval Office operations this week.

Trump says Westerhout's reported remarks that he didn't want to be photographed with daughter Tiffany are "just absolutely false."

He adds: "I love Tiffany. Tiffany's a great person."

The Associated Press was not present at the gathering. Westerhout did not immediately return a request for comment.