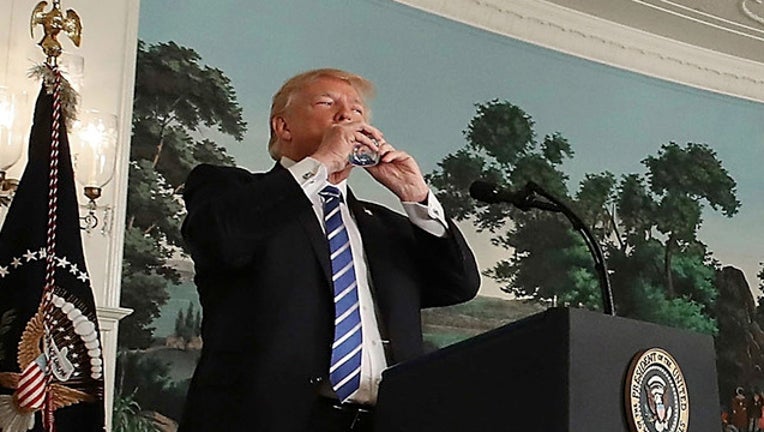 WASHINGTON, DC - NOVEMBER 15: US President Donald Trump takes a drink of water while speaking about his 12-day trip to Asia, fair trade, and the economy, at the White House on November 15, 2017 in Washington, DC. (Photo by Mark Wilson/Getty Images)

(FOX NEWS) - In his first public speech since returning from a trip to Asia, President Trump made a splash at the White House on Wednesday.

The president halted his speech to take a sip from a water bottle while discussing his 13-day trip — something for which he previously poked fun at Sen. Marco Rubio.

“I am pleased that since January of this year, Japanese companies have announced investments in the United States worth more than $8 billion, 17,000 jobs,” Trump remarked, before interrupting himself to look for water. “They don’t have water, that’s OK.”

Finding the water near the podium, he drank from the plastic bottle — and Rubio noticed.