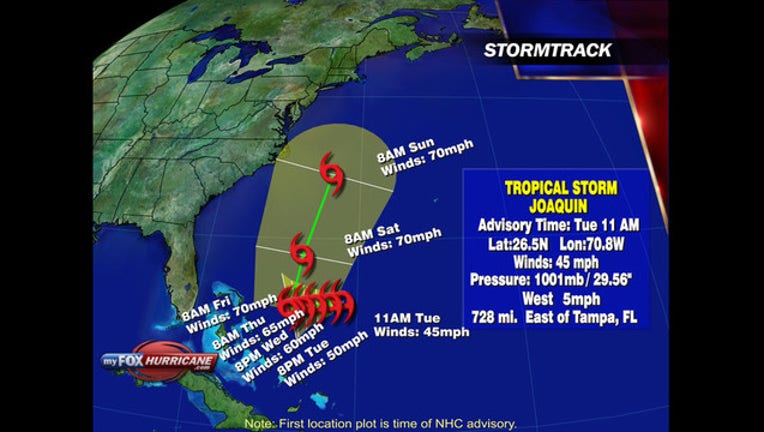 MIAMI (AP) - Tropical Storm Joaquin formed in the Atlantic on Monday, becoming the 10th named storm of the season, while Hurricane Marty ambled toward the south-central coast of Mexico in the eastern Pacific.

The U.S. National Hurricane Center in Miami said that Joaquin was centered 400 miles northeast of the central Bahamas late Monday. It had maximum sustained winds of 40 mph  and was moving southwest at 5 mph.

There were no coastal watches or warnings in effect, but the center said the storm was expected to strengthen during the next couple of days.