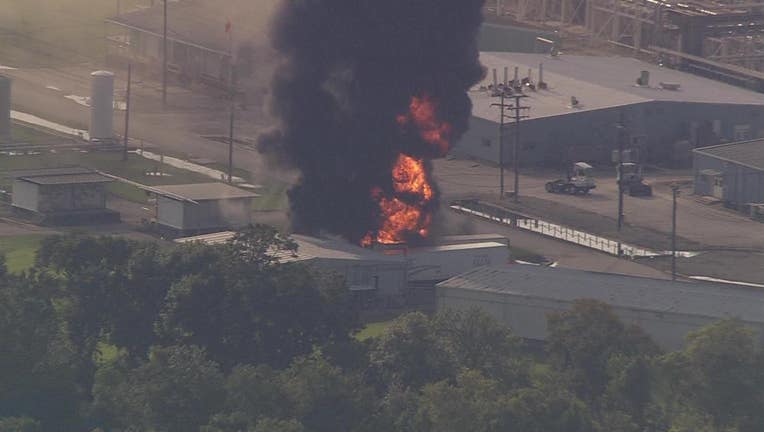 HOUSTON - A trial in which a chemical manufacturer is facing charges over a fire at its suburban Houston plant during Hurricane Harvey that sent toxic smoke into the air in 2017 resumed on Thursday following a six-month delay due to the coronavirus pandemic.

Arkema Inc., a subsidiary of a French chemical manufacturer, and two of its employees are on trial over charges accusing them of releasing toxic pollutants.

Jurors on Thursday heard a summary of the case from prosecutors and defense attorneys to refresh their memories with what had so far been presented at trial. Testimony resumed later in the day and is set to continue Friday.

Due to the pandemic, the trial is being held in a courtroom that has been set up at NRG Arena, a large exhibition hall that usually hosts concerts and special events including the city’s annual livestock show and rodeo. The public is being allowed to watch the trial through a livestream from a courtroom in the downtown criminal courthouse.

Prosecutors allege Arkema and its employees failed to properly prepare the company’s chemical plant in Crosby, northeast of Houston, ahead of Harvey’s arrival.

A grand jury has indicted Arkema North America, a French-made major chemical manufacturer, along with its CEO and plant manager, prosecutors announced Friday.

Harvey’s historic flooding overwhelmed the plant’s power systems, eventually causing organic peroxides made at the facility to catch fire and explode. The blaze forced the evacuation of more than 200 residents from the area and sent 21 people, including first responders, to the hospital.

Pennsylvania-based Arkema, CEO Richard Rowe and ex-plant manager Leslie Comardelle face charges of reckless emission of an air contaminant. If convicted, Arkema faces up to a $1 million fine while Rowe and Comardelle each faces up to five years in prison.

Arkema argued the fire was caused by an act of God, which is the hurricane, and could not be prevented. Harvey dumped nearly 50 inches of rain in parts of the Houston area and caused 36 deaths locally.

Before testimony resumed, state Judge Belinda Hill said she intended to sanction prosecutors over evidence in the case related to how another company took action similar to Arkema in preparing for Harvey at its own Houston plant. Arkema’s attorneys had accused prosecutors of withholding that evidence.

The Houston Chronicle reported Thursday that Hill concluded the actions by prosecutors regarding the evidence were not intentional.

Opening statements in February were delayed after Hill sanctioned prosecutors for withholding other evidence.

Last week, Hill dismissed two assault charges Arkema and Michael Keough, the company’s now retired vice president of logistics, had faced related to two injured deputies. Arkema and Keough had been accused of misrepresenting the danger that the unstable chemicals at the plant posed to the community. Prosecutors had asked that the charges be dismissed, saying they could not prove them beyond a reasonable doubt.

The U.S Chemical Safety Board said Arkema worked to keep equipment that stabilized its organic peroxides, used to make such things as plastic resins, from losing power. But Arkema didn’t consider flooding of safety systems “a credible risk,” even though the plant was inside flood zones.