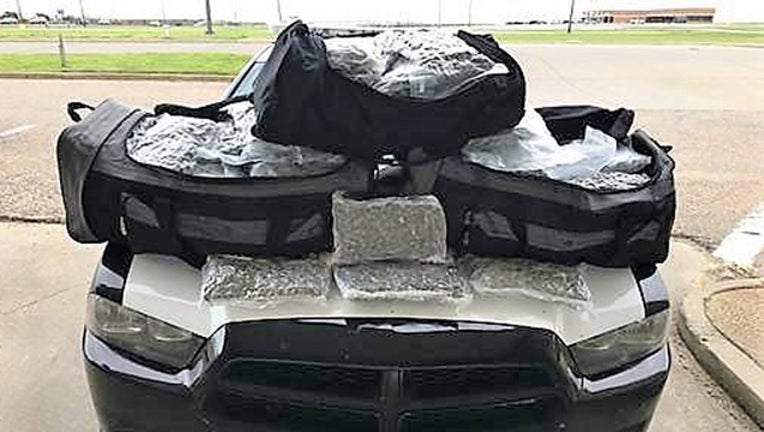 DPS says the driver, 32-year-old Gregory Moss of Fresno, and the passenger, 28-year-old Diamond Pipkins of Houston, were arrested and charged with felony possession of marijuana.

A DPS Highway Patrol Trooper stopped a 2017 Dodge Caravan traveling south on I-45 on March 11. According to DPS, a Corsicana Police Department Canine Unit was called to the scene and alerted on the vehicle. The trooper then discovered three black duffel bags containing multiple vacuum-sealed packages of marijuana in the rear of the vehicle, DPS says.

The marijuana was allegedly being transported from Redding, California, to Houston, Texas, according to authorities.