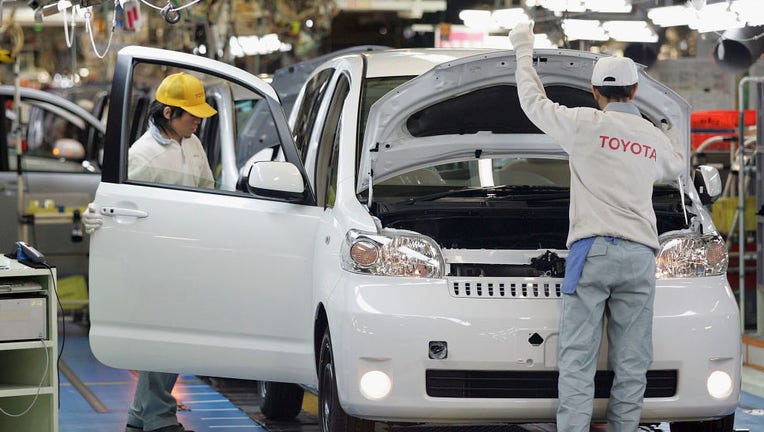 TOKYO - Toyota is suspending production at all 28 lines of its 14 plants in Japan starting Tuesday, because of a "system malfunction" that a domestic supplier suspects is a cyberattack.

Kojima Industries Corp., based in Toyota city in central Japan, said Monday the problem could be a cyberattack as an error was detected in its computer server system.

As a result, the company said its system could not communicate properly with Toyota or monitor production, although there was nothing physically wrong with the production equipment.

Kojima spokesman Tomohiro Takayama said the company was investigating and working to fix the problem.

"This has never happened before," Takayama said. "We are not sure yet if it is a cyberattack, but we suspect it might be one."

Kojima supplies Toyota with many parts including air-conditioning, steering wheel components and other parts for vehicles' interiors and exteriors.

It was unclear when the problem might be fixed and production could resume.

Toyota Motor Corp., which makes the Prius hybrid and Camry sedan, apologized for inconveniencing its customers and promised to fix the problem as quickly as possible.

Hino Motors, a Toyota group truckmaker, said two of its production plants in Japan were similarly affected with a malfunction. The Nikkei business daily reported Daihatsu Motor Co., a Toyota affiliate that makes small cars, was also affected and had stopped production. Daihatsu was not immediately available for comment.

Toyota and other automakers already are grappling with shortages of computer chips and other parts due to disruptions from the coronavirus pandemic.

Some customers have been waiting months for their orders to be delivered.