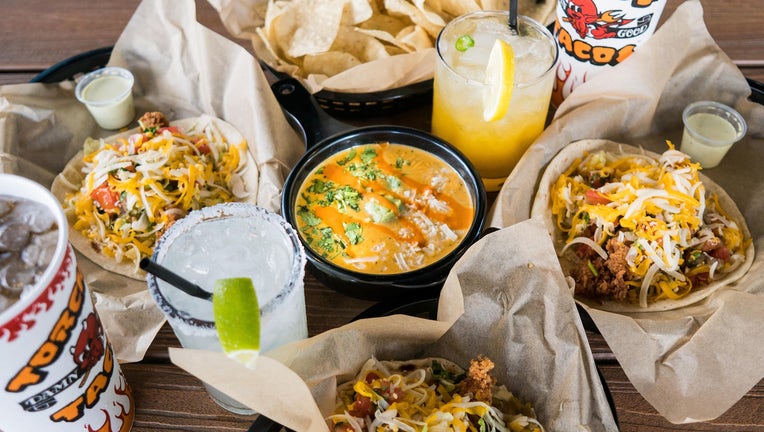 AUSTIN - Almost 15 years ago, a Texas food favorite was born: Torchy’s Tacos. To celebrate, it's launching 15 giveaways for its 15th anniversary.

Torchy’s was founded in 2006 by Mike Rypka. What started as an Austin food truck, now has more than 90 locations across several states.

"These past 15 years have been damn good to us," Rypka said in a press statement.

And to kick off its anniversary, fans can pre-enroll to the first-ever Taco Junkies Rewards Club, which will allow customers to reap the benefits of being a taco lover.

Those who sign up before August 31 will be entered to win different prizes, from a year of tacos to a catered party for 25

Among possible prizes include exclusive merchandise and a complimentary trip to Torchy’s original hometown of Austin with a chance to taste future tacos of the month.

According to Torchy's Tacos, there's also a jackpot prize of 15 years of tacos as part of the anniversary giveaways.

Fans will also see a return of the Tipsy Chick as the Taco of the Month in August, a $5.95 chicken taco with all the fixings and side of bacon bourbon marmalade. Additionally, a special celebratory cocktail called the Magic Dragon, which is made with tequila and dragon fruit, will also be introduced in August.