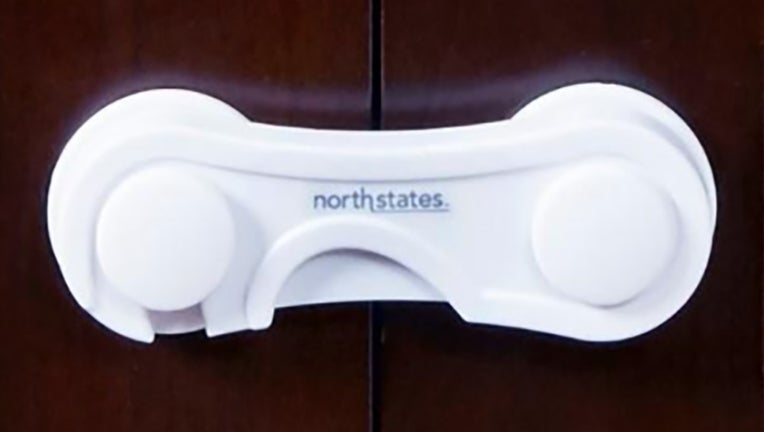 Over 100,000 cabinet latches used for childproofing are being recalled for choking hazards, officials warned Thursday.

According to the U.S. Consumer Product Safety Commission (CPSC), the latching button on North States Industries’ Toddleroo rotating cabinet latches "can dislodge and detach from the cabinet latches, posing a choking hazard to young children."

The recall was initiated after North States Industries received 19 reports that the latching button had dislodged or detached.

UPPABABY RECALLS OVER 14,000 STROLLERS AFTER CHILD LOSES A FINGER

This includes one instance where a child reportedly gagged on a dislodged button, according to the CPSC.

The affected products were available for purchase nationwide at major stores including Walmart and Bed, Bath & Beyond's BuyBuyBaby from November 2019 through August 2022.

The rotating cabinet latches were also available online at northstatesind.com during that same time.

The products were sold in a package of four latches, each measuring 3 13/16 inches wide by 1 3/8 inches high by 1/2 inch deep and comes with application adhesive, the CPSC said.

North States Industries is based in Minnesota and makes safety gates, play yards, and mats for babies and pets, according to its website.

Customers can complete a refund submission form. The refund amount is $5.50 per pack of four latches. In the event that you paid more than $5.50 per pack of 4, a copy of your purchase receipt will need to be provided in order to demonstrate the amount paid.