Chef Veronica Shaw, known as chef.pii on TikTok said she's now working with the FDA to address concerns by customers about the sauce.

MIAMI - If you’ve been on TikTok or Twitter recently, you’ve most likely seen people talking about the "pink sauce."

The food condiment has gained attention over the last few days as people have become invested in the drama behind it.

Chef Veronica Shaw, known as chef.pii on TikTok, is the creator of ‘The Pink Sauce’ and her videos promoting her product have gained millions of views causing her small business to take off. 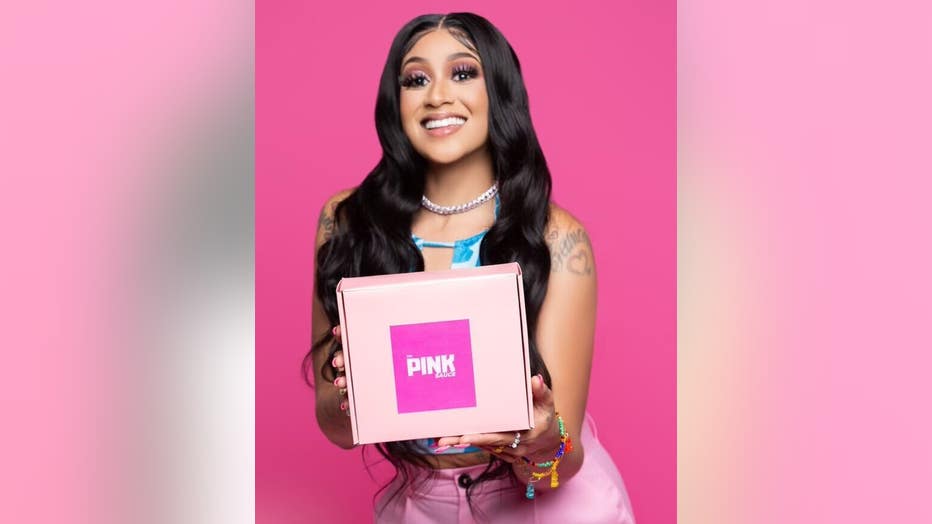 How did the sauce become viral?

Discussions about the sauce took off on TikTok when Shaw posted a video of her eating the sauce with a piece of chicken. Since then, people have had questions about what the pink sauce is and how it gets its color.

When we spoke with Shaw, she told us dragon fruit is what gives the sauce that light color. She also said she chose the fruit because it helps with her bad anxiety.

She posted multiple videos of her eating the sauce with different food such as chicken, tacos, and shrimp. The private chef even had others try the sauce on camera to get their opinions.

When we spoke with Shaw, she said she decided on dragon fruit not only because it gives the pink color. The fruit helps with her bad anxiety and so when her friend gave her the idea to make a sauce she wanted that to be an element.

When consumers of the product received bottles of the sauce and gave their reviews, they noticed issues with the product.

The nutrition label stated that the sauce bottle had 444 servings and a serving size of one tablespoon. That equates to almost 28 cups of sauce in a bottle. 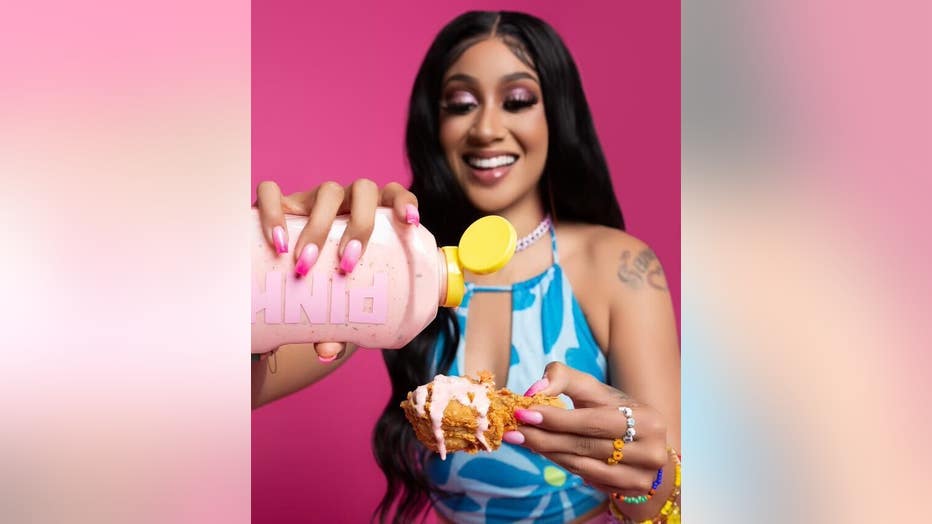 Not only that, but the word vinegar was also misspelled as "vinger" and there was no mention of preservatives considering an ingredient on the product is milk. People also pointed out some sauces were either darker or lighter than another.

Response to the controversy

Shaw went live on YouTube, the video now posted on her channel, for almost an hour to answer people’s questions and set the record straight about her product.

In response to the nutrition label, she responded that the person she had to design the label made a mistake. The label was supposed to say the sauce had 444 grams and 30 servings.

According to Shaw, the product was a prototype. She told people she was not selling prototypes but did a giveaway with them before putting them on the market.

"We did not put a prototype on the market, we did a giveaway because people were so curious about what the pink sauce tasted like," she asserted in the video.

The production of the sauce didn’t start until July 1 and any sauce people consumed before that was a prototype.

The main concern was if the sauce is FDA-approved.

The FDA website states that facilities that manufacture, process, pack, or hold food intended for human consumption in the United States must register with FDA before beginning these activities. Shaw says that her business is registered with the FDA.

"Pink sauce is made in an FDA-approved commercial facility here in Miami, Florida," Shaw said in a video on YouTube and ensured people that she was abiding by FDA standards.

In another live video, she did a couple of days after these comments, she asked people what the FDA has to do with her pink sauce.

However, Shaw is not completely wrong in her argument. The FDA website does not approve all food products. The agency's website states that "If you are producing a food product, there is a good chance it is regulated by FDA. The agency regulates all foods and food ingredients introduced into or offered for sale in interstate commerce."

As conversations around the sauce grew, so did people’s criticisms. Many felt that she should stop making the sauce in fear that someone would get sick or file a lawsuit.

In Florida, the Cottage law allows individuals to use their unlicensed home kitchens to produce for sale certain foods that present a low risk of food-borne illness, it states on their website.

The outline of this law is another reason people have been curious about if her product is legal and if she is working out of a facility. There have been videos of her making the sauce and packaging the bottles in her home.

She continued to receive concerns and backlash from people until she decided to take to her social media and set the record straight.

In an almost hour-long video, the chef explained to viewers how her sauce came to be, answered their questions, and let people know their mean comments weren’t going to stop her.

"My strength right now is giving somebody else the courage to say ‘this girl literally made it happen' and I’m gonna make it happen," she remarked.

Shaw goes on to share that people are blowing everything out of proportion and that the drama is keeping the people who support her from getting the pink sauce.