HOUSTON - A third person has been arrested in the fatal shooting of a New Orleans police officer and his friend at a Galleria-area restaurant.

Court documents show that Khalil Nelson, 19, is charged with two counts of capital murder and one count of aggravated robbery in the case.

Nelson joins the two other men who have already been in custody, Frederick Jackson, 19, and Anthony Jenkins 21, who were each charged with two counts of capital murder.

MORE: 'Death is on the table,' 2 charged with capital murder of off-duty New Orleans PD officer killed in Houston

FOX 26 Reporter Matthew Seedorff has the latest as two suspects were arrested in connection with the death of a New Orleans police officer in Houston.

The deadly shooting happened Saturday, Aug. 21 at the Grotto restaurant. Everett Briscoe, a 13-year-veteran with the New Orleans Police Dept., and Dyrin "DJ" Riculfy were shot while dining.

Briscoe died at the scene and Riculfy died days later at the hospital. 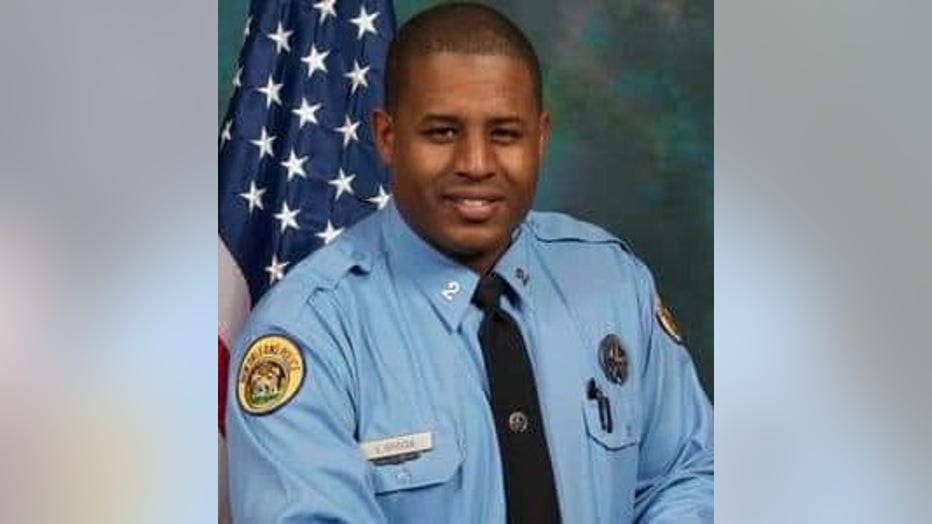 Each suspect in the deadly shooting could face the death penalty, as Capital Murder is one of the highest crimes a suspect can be given.

"As a result of this defendant and a co-defendant’s conduct, two individuals lost their lives. This defendant does have the potential to be sentenced to the death penalty on these cases," says the prosecutor in probable cause court.

The Harris County District Attorney’s Office hasn’t announced yet if it will seek the death penalty against Jenkins or Jackson.

"We want to thank Houston Police Chief Troy Finner and his department for their diligent work in bringing the killers of our beloved colleague Everett Briscoe and our friend Dyrin Riculfy to justice," Superintendent Ferguson said. "We again send our condolences to the Briscoe and Riculfy families. We want them to know NOPD will support them as they continue to grieve the loss of these two fine men. We trust the criminal justice system will now work as it should and hold these individuals accountable for their actions to the fullest extent possible."