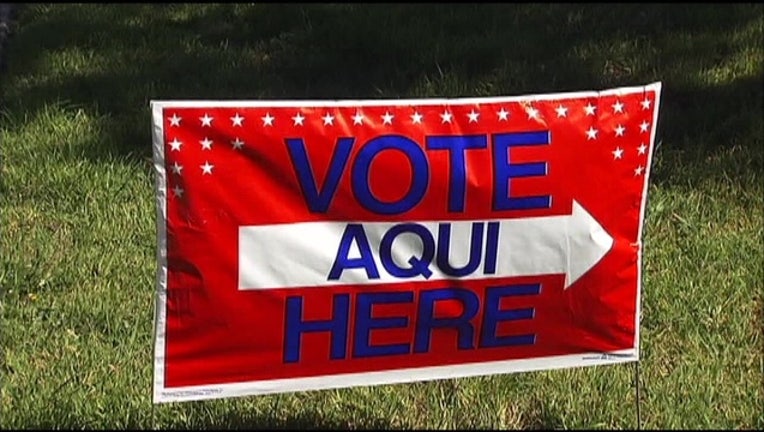 AUSTIN, Texas (AP) - The 2018 midterm election cycle kicked off with a surge in voter enthusiasm for both parties in Texas, although the gains were bigger for Democrats. It boosted a slew of women candidate and helped Republicans who had drawn direct support from President Donald Trump. The primary set up Democrats to make inroads in November although they are unlikely to overturn two decades of Republican dominance in Texas politics. Here are some things to know from the first state primary in the nation.

Trump's first term produced a wave of voters Texas hasn't seen in years. Spurred by big numbers in early voting, Democratic voters topped the 1 million mark, a total not seen since the 2002 primary. Republicans responded in even larger numbers, passing 1.5 million, breaking the party record of 1.48 million set in 2010.

There is at least one Democratic candidate in every congressional district - 36 of them - for the first time since 1992. Democrats have 25 contested congressional primaries, and Senate nominee Beto O'Rourke raised $2.4 million in the final three months of 2017, more than U.S. Sen. Ted Cruz's $1.9 million haul. O'Rourke and Cruz both easily secured their nominations, setting up a brawl in November's general election.

The Democratic turnout in a deep-red state like Texas will be studied for whether it's a sign of nationwide momentum for the left since Trump's election in 2016. Democrats still face long odds at ousting Republicans in the nation's largest conservative state, where they've not won statewide office since 1994. Republican Congressional candidates across the state had pledged fealty to Trump.

Miller won easily despite being known for tweeting a derogatory term to refer to Hillary Clinton, sharing a Facebook post advocating bombing the "Muslim world" and other misleading reports that claimed to be factual news.

A tide of anti-Trump activism helped propel nearly 50 women to run for Congress in Texas and more than half of them won nominations or advanced to runoffs. Many were running in a record eight open congressional races this year in Texas - two of which are up for grabs after longtime GOP incumbents abandoned plans for re-election amid scandal.

At least three Democratic primary runoffs will pit women candidates against each other. One of those races will include Laura Moser, who advanced to a runoff despite being attacked by her own party establishment as being too liberal to win a general election.

Veronica Escobar of El Paso and state Sen. Sylvia Garcia of Houston won their primaries and are poised to become the first two Latina congresswomen in a state where a population boom has been driven by Hispanic growth. Lupe Valdez, the former sheriff of Dallas County, advanced to a runoff for Democratic nomination for governor against Andrew White, the son for former Gov. Mark White. Valdez won more than 42 percent of votes cast.

"I think that a Congress that is only 20 percent women is not where we need to be," said Gina Ortiz-Jones, who finished in the top-two vote getters in a sprawling border district that runs from El Paso to San Antonio.

Republicans rejected a well-funded woman candidate who had been a major party donor and endorsed by Gov. Greg Abbott. Kathaleen Wall had pumped nearly $6 million of her own money into her Houston-area congressional race, but couldn't make it into a runoff. Wall had embraced the president in her campaign but failed to break through.

The most watched matchup in Texas in November will be the Senate race between O'Rourke and Cruz.

The Democratic congressman from El Paso has proven to be a muscular fundraiser and has touted his candidacy's grassroots appeal for Texas Democrats who haven't had much to cheer about lately. O'Rourke has refused donations from outside political groups and called for banning AR-15-style assault rifles in wake of last month's mass shooting at a Florida high school that killed 17 people.

Cruz, a favorite of conservatives, isn't taking O'Rourke lightly. Within minutes of clinching the nomination, Cruz released a radio ad telling voters that O'Rourke "wants to take our guns."

"Left-wing rage may raise a bunch of money from people online, but I don't believe it reflects the views of a majority of Texans," Cruz said.

In other statewide offices, Abbott easily won the Republican nomination for a second term as governor, and so did Lt. Gov. Dan Patrick, as both faced only token opposition. Attorney General Ken Paxton, who is under felony indictment on charges of securities fraud, was unopposed in the primary.