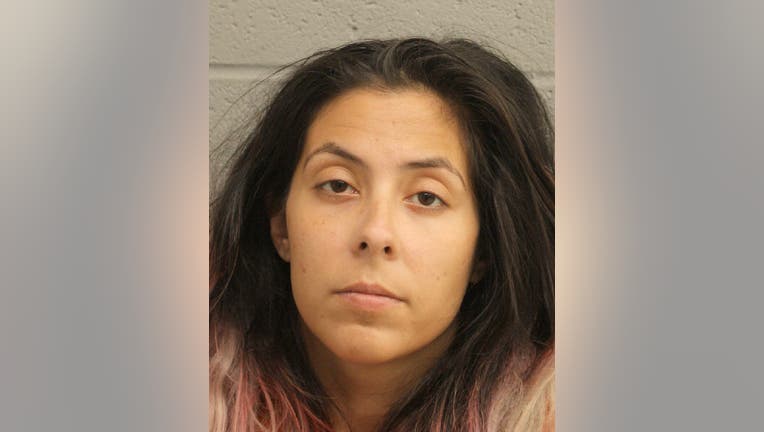 Mugshot of Theresa Raye Balboa after she was transported to the Harris County Jail from Jasper County on June 4. (Photo: Houston Police Department)

HOUSTON - Theresa Balboa, the woman charged in connection with the Samuel Olson case, appeared in court on Monday, and an additional $100,000 was added to her bond for a previous charge.

The additional bond amount was for an impeding breathing charge for the alleged assault of Dalton Olson, Samuel's father, last year.

Balboa, Dalton's girlfriend, was taken into custody in Jasper on Tuesday after a body believed to be the missing boy was found in a motel room there, police said.

She was charged with tampering with evidence.

On Friday, Balboa was transported back to Harris County, and her bond was set at $500,000.

Samuel was reported missing on the evening of May 27.

A criminal complaint against Balboa claims she showed her roommate Samuel’s dead body back on May 10, two and a half weeks before reporting him missing.

According to claims in the court document, the boy’s body may have been kept in a storage unit for two and a half weeks until being moved to the motel room in Jasper.