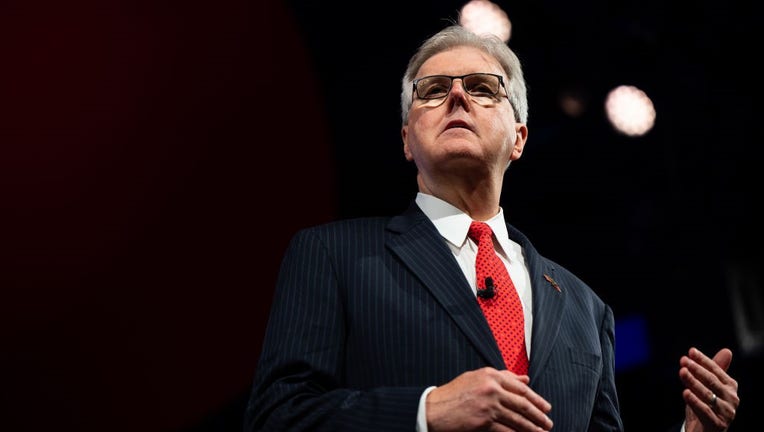 HOUSTON - Texas Lt. Governor Dan Patrick canceled an appearance at the National Rifle Association convention in the wake of the school shooting in Uvalde this week.

"After prayerful consideration and discussion with NRA officials, I have decided not to speak at the NRA breakfast this morning," Lt. Patrick said in a statement.

The NRA’s three-day convention began in Houston on Friday, just days after the school shooting that left 19 students and two teachers dead.

"While a strong supporter of the Second Amendment and an NRA member, I would not want my appearance today to bring any additional pain or grief to the families and all those suffering in Uvalde," Lt. Patrick said in the statement. "This is a time to focus on the families, first and foremost."

The National Rifle Association's annual convention begins in Houston on Friday. Here's a look at those scheduled to speak, those who have backed out, and how city leaders are preparing for protests in the wake of the Uvalde school shooting.

Some other scheduled speakers and performers have also backed out in recent days.

Texas Governor Greg Abbott will no longer attend in-person, and will address the convention in a prerecorded video, Fox News reports. According to the governor’s office, he will be in Uvalde on Friday.

"American Pie" singer Don McLean, who was scheduled to perform, said "it would be disrespectful" to go ahead with his act in the aftermath of the country’s latest mass shooting.

Senator Ted Cruz, R-Texas, was listed as a speaker, and former President Donald Trump said Wednesday that he still intends to attend. South Dakota Gov. Kristi Noem, a Republican, is also sticking to her plans to speak Friday at the NRA event.