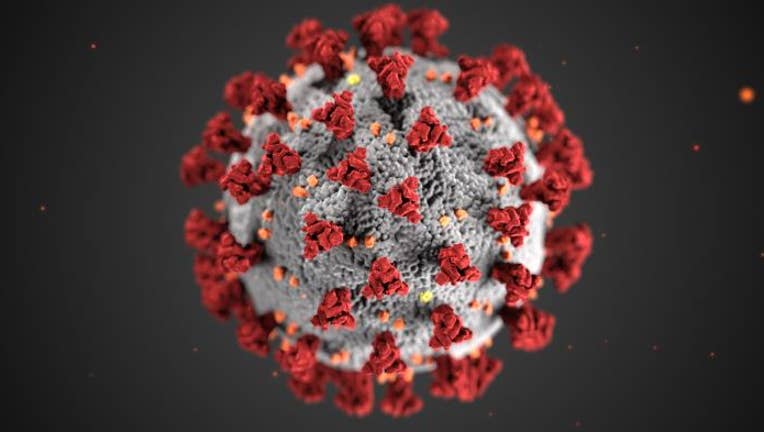 This illustration, created at the Centers for Disease Control and Prevention (CDC), reveals ultrastructural morphology exhibited by coronaviruses. Note the spikes that adorn the outer surface of the virus, which impart the look of a corona surroundin

AUSTIN, Texas - Texas reported fewer than 7,000 hospitalized coronavirus patients for the first time in six weeks Thursday, but that encouraging sign was clouded by questions over testing as schools reopen and college football teams push ahead with playing this fall.

Testing has dropped off in Texas, a trend seen across the U.S. as health experts worry that people who are not symptomatic are not bothering to seek tests because of long lines and the prospect of waiting days to get results. Demand has curtailed to the point that in Austin and Dallas, health officials have expanded eligibility for testing, including those who are asymptomatic.

MORE: Fewer people getting tested for COVID-19 in Houston area

But there remain grim reminders of the toll the virus took on Texas this summer: COVID-19 deaths have risen by more than 30% in August, including 255 new reported deaths Thursday. And hospitals on the hard-hit Texas border remain busy with coronavirus patients, even as doctors statewide are handling thousands of fewer COVID-19 cases than a month ago.

“We do have abundant testing capacity,” Abbott told reporters in Lubbock, a region that was a hard hit by the virus in May after outbreaks at nearby meatpacking plants. “We’re not having enough people step forward to be tested as we did before.”

Numbers from Texas health officials this week, however, offered a hazy picture of how much testing has fallen. On Wednesday, the seven-day infection rate average in Texas hit a record 24%, suggesting that roughly one in every four coronavirus tests in Texas was coming back positive. By Thursday that number dropped to 16%, which state health officials said was the result of clearing a backlog of cases and errors in data reported by a hospital and commercial lab.

Falling testing demand is also a factor, said Lara Anton, a spokeswoman for the Texas Department of State Health Services.

High infection rates threaten to prolong the shuttering of some Texas businesses, particularly bars, which have been closed since June and are likely to remain that way until the positivity rate drops below 10%, which Abbott has made a threshold.

“Based on what we’re seeing, we expect that the positivity rate will generally be higher until testing demand increases and the backlog of cases smooth out,” she said in an email.

The decreased testing worries health experts even as Texas sees encouraging signs. Angela Clendenin, an epidemiologist at the Texas A&M School of Public Health, said she expects to see spikes as schools and universities begin reopening and cautioned that the impact won’t be visible for another week or two.

“We would like to be cautiously optimistic,” Clendenin said. “It is always better to spike form a lower case level than where we were a few weeks ago.”