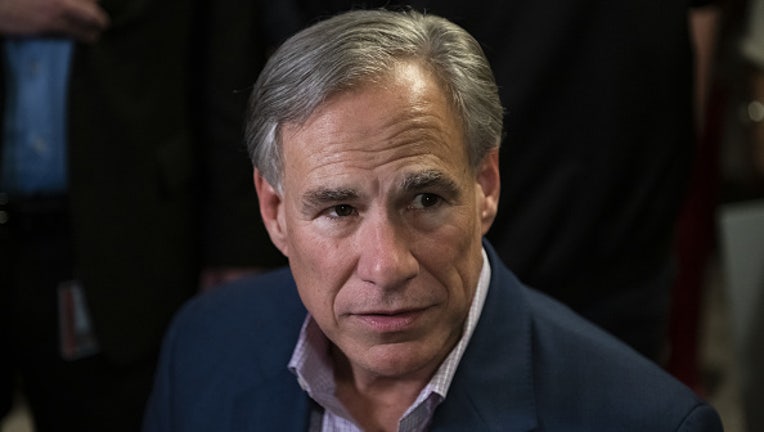 Greg Abbott, governor of Texas, speaks during a Get Out The Vote campaign event in Beaumont, Texas, U.S., on Thursday, Feb. 17, 2022. Abbott has a 10-point lead over Democrat Beto O'Rourke ahead of November's general election, according to a Universi

AUSTIN, Texas - Gov. Greg Abbott’s use of COVID-19 relief dollars to support his border security mission has come under scrutiny in Washington this week as questions grow about whether it’s the proper use of the federal funds.

The U.S. Treasury Department’s inspector general opened an inquiry into the spending on Tuesday, the Washington Post reported. The action came a day after a group of Texas Democrats in the U.S. House called on U.S. Treasury Secretary Janet Yellen to investigate.

Those steps followed a Post analysis of money intended to combat the effects of the pandemic, showing that Texas "leaders rerouted public health and safety funds to their border operations, while relying on federal pandemic funds to replace some of the money."

Those border operations included Operation Lone Star, a state border security program that Abbott launched in March 2021 to deal with increased border crossings. The initiative involves the deployment of the Texas Department of Public Safety and the Texas Military Department to the border. Abbott has used state resources to patrol the border, build border barriers and arrest migrants for trespassing on private land and then turn them over to immigration authorities.

The state has spent around $4 billion on the operations; the Post has reported that around $1 billion in coronavirus aid was used.

The money came from the Coronavirus Aid, Relief and Economic Security Act, better known as the CARES Act, which had a key provision to support the medical response to the pandemic.

"In exercise of that responsibility … we are currently conducting a review of Texas’s uses of [Coronavirus Relief Fund] monies," Richard K. Delmar, the U.S. Treasury Department’s deputy inspector general, said to the Washington Post.

He also indicated he had not ruled out a "recoupment of the money."

Abbott’s spokesperson asserted that the spending was proper.

"Here in Texas, we have worked with the legislature to allocate federal funds in a manner that adheres to federal guidance," Abbott spokesperson Renae Eze said in a statement to The Texas Tribune. "Between legislative sessions, in the event of a disaster, there are mechanisms to re-allocate state dollars if necessary to respond to the disaster—and we have had to use $4 billion of state dollars for Operation Lone Star to do the federal government’s job."

"Rather than attacking Texas for responding to their border disaster that they have created and escalated in the last year, President Biden and Democrats in Congress need to stop playing politics and do their jobs to secure our border," she added.

Texas Democratic U.S. Reps. Joaquin Castro of San Antonio and Veronica Escobar of El Paso spearheaded the letter to Yellen asking for her department to investigate the matter.

"It is negligent and irresponsible for Governor [Abbott] to direct additional funding to Operation Lone Star, especially if the funding in question was intended to help Texans rebuild from the pandemic," the Texas Democrats wrote.

"As you continue your oversight of the Coronavirus State Fiscal Recovery Funds, we urge you to ensure all states are using these crucial funds for the reasons they were meant to be used," they continued. "Governor Abbott must not be allowed to use federal coronavirus relief funds to further his political theater at the expense of Texas families."

More from The Texas Tribune