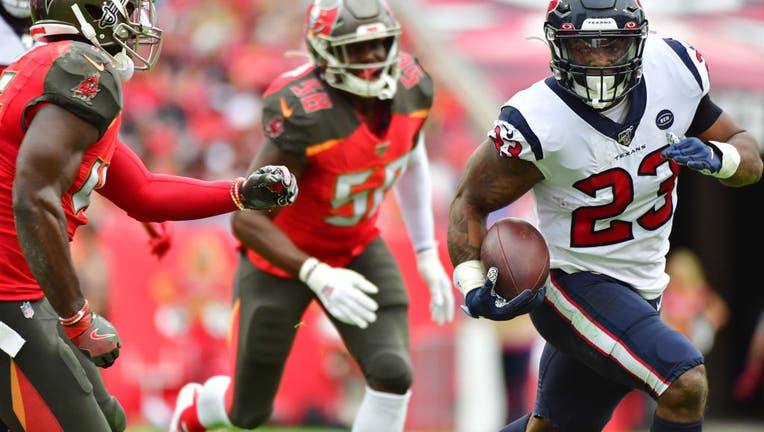 TAMPA, FLORIDA - DECEMBER 21: Carlos Hyde #23 of the Houston Texans runs for a first down during the second quarter of a football game against the Tampa Bay Buccaneers at Raymond James Stadium on December 21, 2019 in Tampa, Florida. (Photo by Julio A

TAMPA, Fla. (AP) - Bradley Roby returned one of Jameis Winston’s four interceptions for a touchdown and Ka’imi Fairburn snapped a fourth-quarter tie with his third field goal Saturday, lifting the Houston Texans to a 23-20 victory over the Tampa Bay Buccaneers and their fourth AFC South title in five years.

Roby raced 27 yards up the right sideline after picking off Winston’s first pass of the game, the sixth pick-6 the Bucs quarterback has thrown this season. Jahleel Addae’s interception with 1:27 remaining, ended any realistic chance the Bucs had of fully overcoming Winston’s mistakes.

The Texans (10-5) won despite not getting an especially sharp performance from Deshaun Watson, who completed 19 of 32 passes for 184 yards and one interception. The Bucs (7-8) sacked him five times and held Houston to one offensive TD on Carlos Hyde’s 1-yard run in the second quarter.

The Texans ended Tampa Bay's four-game winning streak and are AFC South champions for the second straight year. They join the Patriots and Chiefs as the only teams with four division titles since 2015. 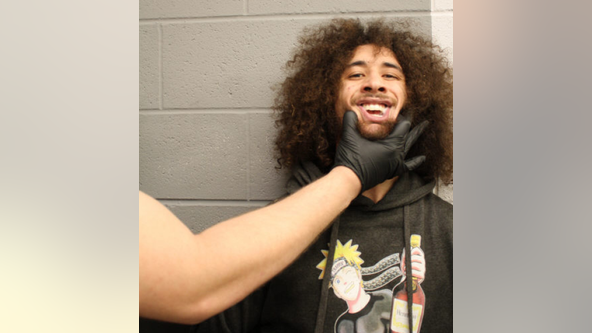