Americans drink more alcohol now than they did 100 years ago

Drinking in America is not only on the rise, but at a higher level now then when the substance was banned a century ago.

Tequila is distilled from agave plants, but can only be distilled from certain kinds. In order for a spirit to be legally advertised as tequila, it must be made from the Weber blue agave, and grown in specific territories recognized by the General Declaration on the Protection of the Appellation of Origin Tequila, as put forth by Mexico’s Tequila Regulatory Council.

Tequila popularity has been steadily growing since 2002 and in 2021 alone, 26.9 million 9-liter cases of tequila were sold, according to the Distilled Spirits Council.

Compared to vodka, which still has the top spot in Americans’ hearts, tequila sales grew by 30.1% compared to vodka sales which only grew by 4.9% in 2021 alone.

"As of 2021, agave-based spirits are the third largest spirits category in the US, behind vodka and whisky. Agave spirits are set to continue on their growth path, fueled by a mix of drivers, including authenticity, product diversity and consumer engagement," according to IWSR which analyzes and tracks alcohol trends.

Tequila also drove industry growth, accounting for nearly one-third of the total increase in spirits revenue, according to the Distilled Spirits Council. Revenue for tequila and mezcal grew by $1.2 billion.

RELATED: ‘No amount’ of alcohol is good for the heart, World Heart Federation says 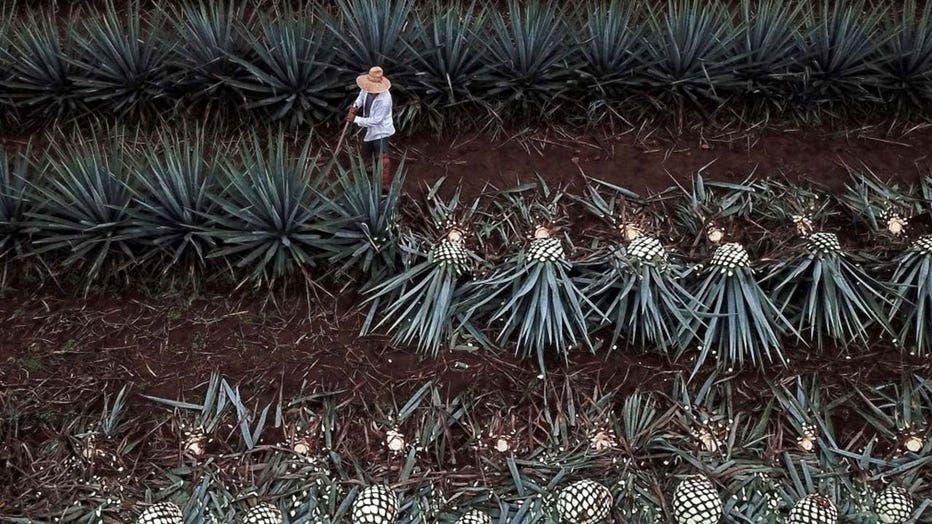 A host of A-list celebrities have launched their own tequila brands including Dwayne "The Rock" Johnson with Teremana Tequila and Kendall Jenner with 818 Tequila. George Clooney co-founded Casamigos and sold it to Diageo for nearly $1 billion in 2017, according to IWSR.

"Celebrity-owned and endorsed Tequila brands have benefited the category by simply making it more familiar to consumers. Their vast social media networks allow them to be real-time influencers for the brand, while allowing them to interact with their consumers and followers," said IWSR research director Adam Rogers.

FOX News contributed to this report. This story was reported out of Los Angeles.