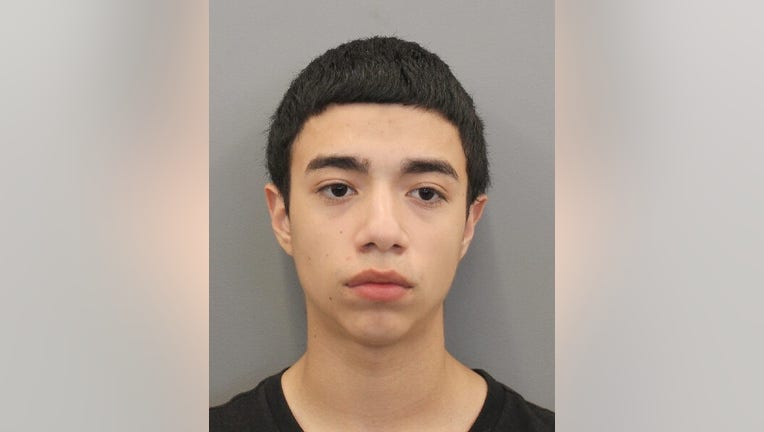 HOUSTON - Two months after a teenager was shot, killed, and robbed of his shoes in west Houston, officials said they have made an arrest.

Authorities said Ramiro Hernandez, 17, was arrested on Wednesday for his alleged role in the deadly shooting of Axel Turcios, 14, back in May.

According to the Houston Police Department, it happened in the 9500 block of Ella Lee Lane around 8:10 p.m. on May 6 when Axel was in the parking lot when he was approached by two men. Officials say one or both of the men shot him and took off in a PT Cruiser.

Responding officers said a good Samaritan was tending to Axel's injuries before they arrived, and rushed him to a nearby trauma center, where he later passed away. His family say Axel was a freshman at Lamar High School.

Axel Turcios, 14, was shot and killed before he was robbed by two men in west Houston, but his assailants are still at large. A $25,000 reward has been offered to help find those responsible.

Weeks after Axel's death, Mayor Sylvester Turner and HPD Chief Troy Finner joined his family to hold a press conference calling for the public to help find the 14-year-old's assailants.

"I've said it before: ‘even the Neighborhood has rules,’ so a 14-year-old kid or innocent kid, [with his] whole life ahead of him or high school student…it just makes no sense," Chief Finner said. "It angers me, but I tell you what, we're going to stand strong and get these individuals in custody."

Hernandez is the only one arrested, as of this writing, in this case, but his role was not made clear, nor were the charges the 17-year-old is facing.