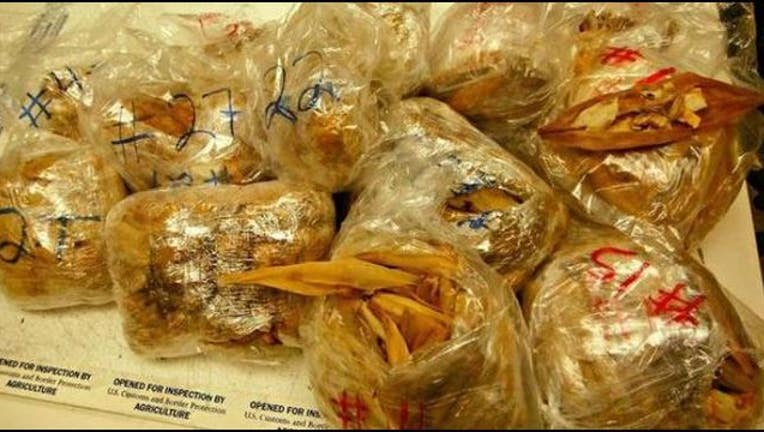 LOS ANGELES (AP) — The contraband was carefully wrapped in corn husks and concealed in the luggage of a traveler when authorities moved in for a tamale takedown at Los Angeles International Airport.

U.S. Customs and Border Protection said Wednesday the customs form filed by the traveler from Mexico acknowledged the person was carrying food but had lied when asked if there was any meat.

Tamales contain cornmeal, meat or other fillings cooked in husks or leaves.

The tamales seized Nov. 2 at the airport were destroyed under CBP supervision. The traveler was assessed a $1,000 civil penalty for commercial activity with the intent to distribute.