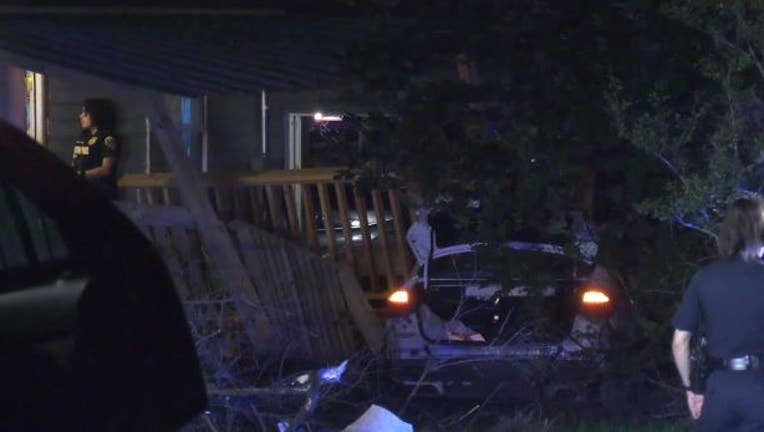 HOUSTON - A man linked to stealing trucks, police say, tried to make a break for it but not before he crashed the getaway vehicle into a home in east Houston.

Investigators say just before 10 p.m. Friday night, they got a call about a burglary in the 8600 block of Suderland but HPD's helicopter spotted a man running from a couple of trucks that were stuck in the mud.

Shortly afterwards, Lt. R. Willkens said that man got into a car and drove off. Police tried to pull him over, but he continued on, so a brief chase ensued. 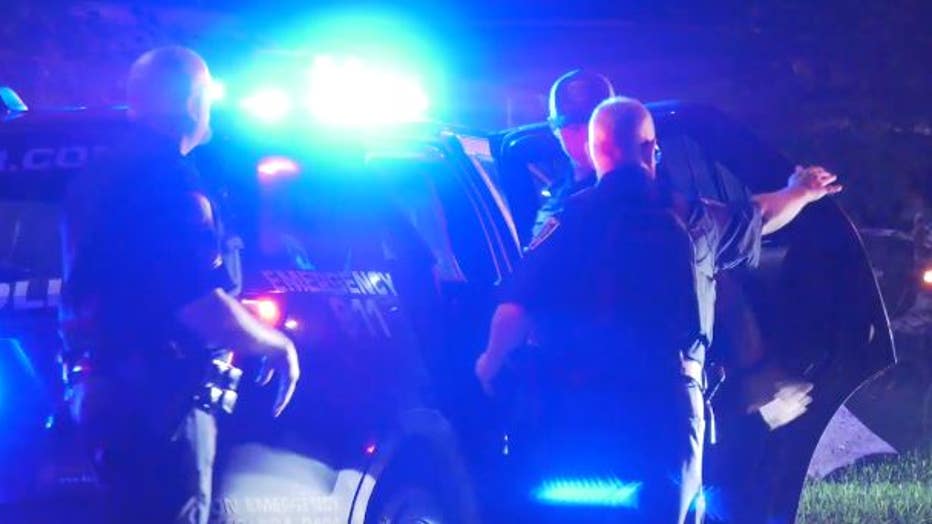 The chase ended a little while later after the driver crashed into the front deck of a home in the 9000 block of Crestview Dr. The homeowner told police she just had that new deck installed, but fortunately, no injuries were reported.

Authorities did not identify the suspect but say he was found with a pellet gun and was on parole. Additionally, Sgt. Willkens says the trucks may have been stolen and his existing record may have been why he tried taking off from police.