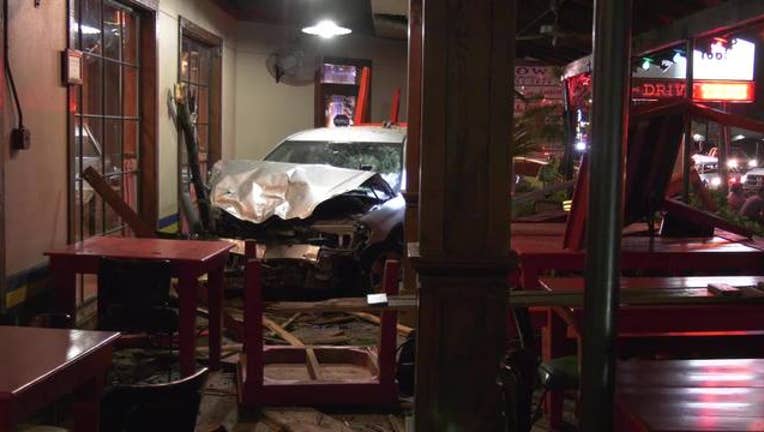 HOUSTON, TX - A suspected drunk driver was arrested after police say she veered into a truck, struck a pedestrian, and then crashed through the patio area of Pappa's Bar-B-Q.  The incident occurred last night on Bissonnet at 9:45pm in Southwest Houston.  The pedestrian who was struck was rushed to the hospital with "major trauma." The people in the truck were taken to the hospital as a precaution.  Police say the woman police who caused the wreck was then arrested for suspicion of DWI.