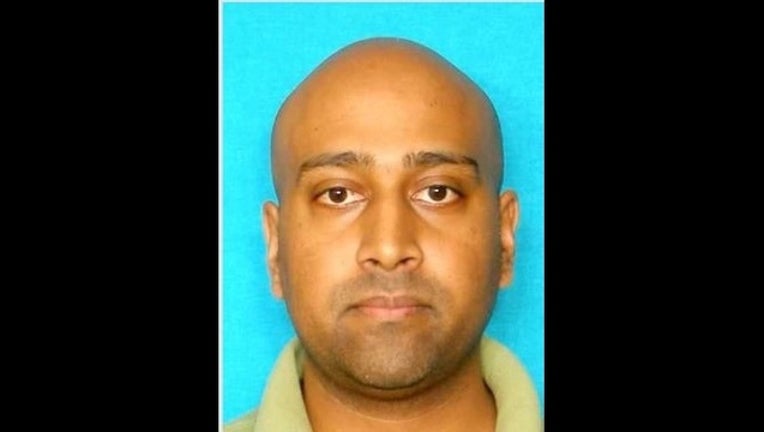 LEAGUE CITY, Texas - Police say Sayantan Ghose, wanted in a deadly shooting in League City, is now in custody. Police say he was detained at a border check point near Las Cruses Mexico.

Police say Ghose shot two people, killing one person on Mayhill Ridge Lane in League City. Officers say there were possibly kids inside the home while it all occurred in League City, and they may have seen some of the incident.

League City police said the shooting occurred before 9 p.m. Wednesday in the 700 block of Mayhill Ridge Lane and Glenn Hills. Officers then responded to the disturbance involving two men, and a woman.  Police say that one of the men was identified as 41-year-old Sayantan Ghose. Ghose began shooting and then reportedly took off.  They have not been able to find him at this point.

Police discovered a man who was fatally wounded and a woman who was injured at the scene. The woman was taken to an area hospital.

Officers say that Ghose resides in the Sugar Land area and he reportedly left the scene in a gray 2011 Toyota Corolla with Texas license plate "DK6M556."

If you have any information in this case or tips about Ghose's whereabouts, please call League City police at 281-332-2566.