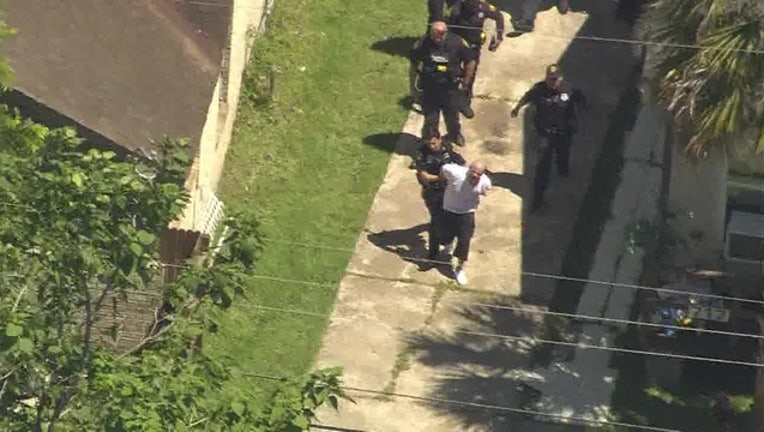 HOUSTON (FOX 26) - Police have taken a man into custody after he led officers on a vehicle chase into north Houston. During the pursuit, aerial video showed him carjack a woman in the parking lot of a Walmart.

Officers began their pursuit of the suspect at around 10:05 a.m. Thursday on the North Freeway. The driver refused to stop.

During the chase, an officer's vehicle crashed on the North Freeway near the Crosstimbers Road exit. That officer was not hurt.

After the carjacking, police began to chase after the suspect again. He jumped out of that vehicle on Oxford near Neyland and ran into a residential area. With help from a K-9 officer, police found the man and arrested him.