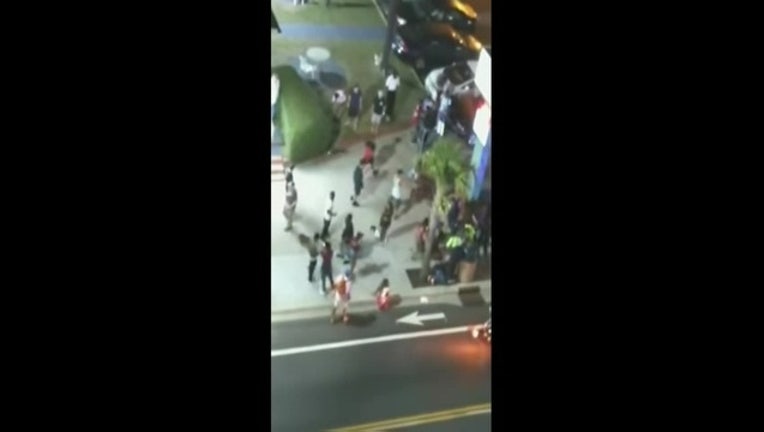 MYRTLE BEACH, S.C. (AP) - At least seven people are recovering from injuries after a shooting captured live on Facebook along the South Carolina coast.

Myrtle Beach police Lt. Joey Crosby says the shooting was reported about 12:30 a.m. Sunday as a group of people were blocking traffic on Ocean Boulevard.

Police say a fight started and someone pulled a gun and began firing. Officers say a security guard who saw the shooting shot and wounded the gunman. The security officer was grazed by a bullet but was treated at the scene.

Part of the gunfire was captured and streamed online by a bystander.

The gunman carjacked a vehicle but was caught a short time later. Crosby says the man's name will be released when charges are filed against him.

None of the injuries in the shooting are thought to be life-threatening.