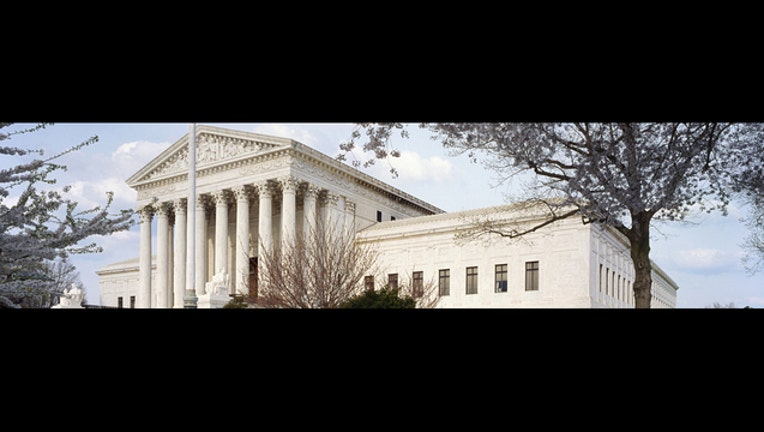 Supreme Court of the United States

WASHINGTON (AP) — The U.S. Supreme Court is taking on its first abortion case in eight years, a dispute over state regulation of abortion clinics.

A decision in the case involving one of the country's most contested issues is expected to be issued by late June, four months before the presidential election.

The justices said Friday they will hear arguments over a Texas law that would leave about 10 abortion clinics open across the state. Before the law, the country's second-largest state had 41 abortion clinics.

The high court previously blocked parts of the Texas law. The court took no action on a separate appeal from Mississippi, where a state law would close the only abortion clinic in one of the poorest states in the U.S.

States have enacted a wave of measures in recent years that have placed restrictions on when in a pregnancy abortions may be performed, imposed limits on abortions using drugs instead of surgery and raised standards for clinics and the doctors who work in them.

The new case concerns the last category. In Texas, the fight is over two provisions of the law that Gov. Rick Perry signed in 2013. One requires abortion facilities to be constructed like surgical centers. The other allows doctors to perform abortions at clinics only if they have admitting privileges at a local hospital.

More than half of the state's clinics closed when the admitting privileges requirement was allowed to take effect. Nineteen clinics remain.

Melaney A. Linton, president and chief executive officer of Planned Parenthood Center for Choice released the following statement on Friday:

We are grateful the Supreme Court has stepped in to protect women's access to safe, legal abortion. Restricting or banning abortion blocks women from getting safe medical care. This dangerous law never should have passed in the first place.

Planned Parenthood Center for Choice has been providing care to women who have made the decision to end a pregnancy and we will continue to provide that care. For nearly eighty years, women have trusted and relied on Planned Parenthood.  As this legal battle continues our health center doors will remain open and we will do everything we can to ensure women can access the health care they need - including safe, legal abortion - no matter what.

The focus of the dispute at the Supreme Court is whether the law imposes what the court has called an undue burden on a woman's constitutional right to an abortion. If allowed to take full effect, the law would leave no abortion clinics in the hundreds of miles (kilometers) that lie west of San Antonio and only one operating on a limited basis in the Rio Grande Valley bordering Mexico.

The state has argued that women in west Texas already cross into New Mexico to obtain abortions at a clinic in the suburbs of the Texas city of El Paso.

Backers of the regulations say they are common-sense measures intended to protect women. Abortion rights groups say the regulations have only one aim: to make it harder, if not impossible, for women to get abortions in Texas.

But Nancy Northup, president and chief executive of the Center for Reproductive Rights, disagreed about the purpose of the law. "This law does not advance women's health and in fact undermines it," Northup said.

In its decision in Planned Parenthood v. Casey, in 1992, the high court ruled that states generally can regulate abortion unless doing so places an undue burden on women. Casey was a huge victory for abortion-rights advocates because it ended up reaffirming the constitutional right to an abortion that the court established in Roe v. Wade in 1973.

Then in 2007, a divided court upheld a federal law that bans an abortion procedure that opponents call partial-birth abortion and opened the door to new limits on abortion.