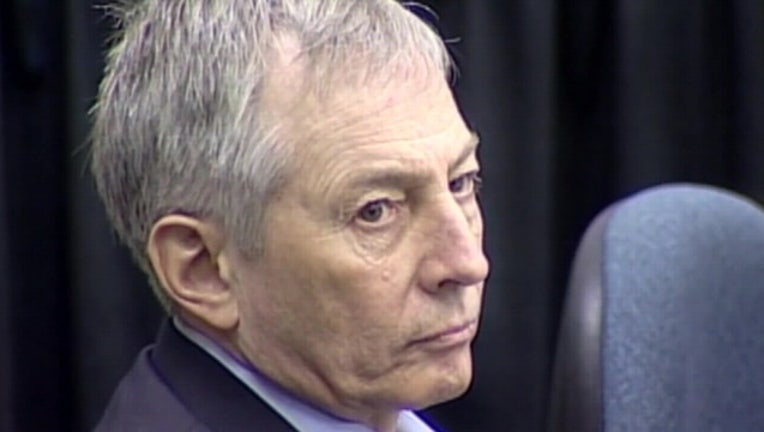 The allegations, made by his first wife's sisters, add to the swirl of accusations that has enveloped the New York real estate scion since Kathleen Durst was last seen in 1982. The former fugitive has long been eyed but never charged in her disappearance, but he has been charged in two other deaths in a saga that stretches through several states, multiple aliases and a chilling HBO documentary, "The Jinx."

Kathleen Durst's sisters already were suing him. Now, they're also taking aim at his second wife, Debrah Charatan, and a friend of his, Susan Giordano. Their lawyers declined to comment Wednesday on the allegations, filed in court this week.

"Charatan, a cold-blooded opportunist, conspired and agreed to help Durst conceal" the killings of his former wife and confidante Susan Berman, the sisters' lawsuit says.

Durst, who has been charged with shooting Berman to keep her quiet about his wife's fate, denies killing either woman.

The lawsuit maintains Charatan and Giordano know that he did, without specifying how or when they might have found out.

But it argues that Charatan, a real estate entrepreneur who lives with one of Durst's real estate lawyers, quietly married Durst in 2000 to shield their communications. She handled his finances and supplied him with money so he could lay low after an investigation into Kathleen Durst's disappearance began heating up around 1999, the suit says.

Giordano, who got $350,000 from Durst, also helped route money to him and agreed to store dozens of boxes of his documents to keep them out of sight, the suit says. Giordano has said she "had no idea that anything in there was damaging" until the boxes were examined by filmmakers for their 2015 HBO documentary miniseries.

The series featured Durst muttering to himself on a live microphone: "What the hell did I do? Killed them all, of course." He was arrested in Berman's 2000 death shortly before the final episode aired.

The claims against Charatan and Giordano, filed in suburban Mineola, were first reported by The New York Times.

Durst's criminal-case lawyer, Dick DeGuerin, said "someone can file a lawsuit and write anything," casting the new claims as "piling on." He declined to discuss Durst's dealings with his wife or Giordano, except to say he's very close with both.

Durst, 74, is jailed in the Berman case in Los Angeles.

In 2001, Durst was charged with killing a 71-year-old neighbor in Galveston, Texas, where Durst was living disguised as a mute woman. While conceding he chopped up neighbor Morris Black's body and tossed it in the sea, Durst was acquitted of murder after testifying that he was defending himself.

A New York judge recently declared Kathleen Durst dead as of 1987, beyond the state's legal time limit for a wrongful-death suit. The sisters' case, which instead invokes a state law giving families the right to determine a loved one's burial, seeks at least $100 million.

But the point "is to make sure we find out what happened to Kathie ... and to make sure these people are held responsible for their involvement," said the sisters' lawyer, Robert Abrams.