Sugar Land detectives are looking for a suspect in a deadly hit-and-run that occurred on Dec. 20 at about 8:48 p.m. along the northbound feeder road of U.S. Highway 59 near South Parkway. (Video: Sugar Land Police Department)

SUGAR LAND, Texas - Sugar Land police are searching for a suspect in a deadly hit-and-run that occurred on Monday night.

Police say Austin Reese, 37, of Houston, was walking on the northbound feeder road of U.S. Highway 59 near South Parkway around 8:48 p.m. when he was struck by a vehicle. He died at the scene.

The driver, believed to be in a light-colored 2003-2004 Pontiac Vibe, did not stop, according to police. 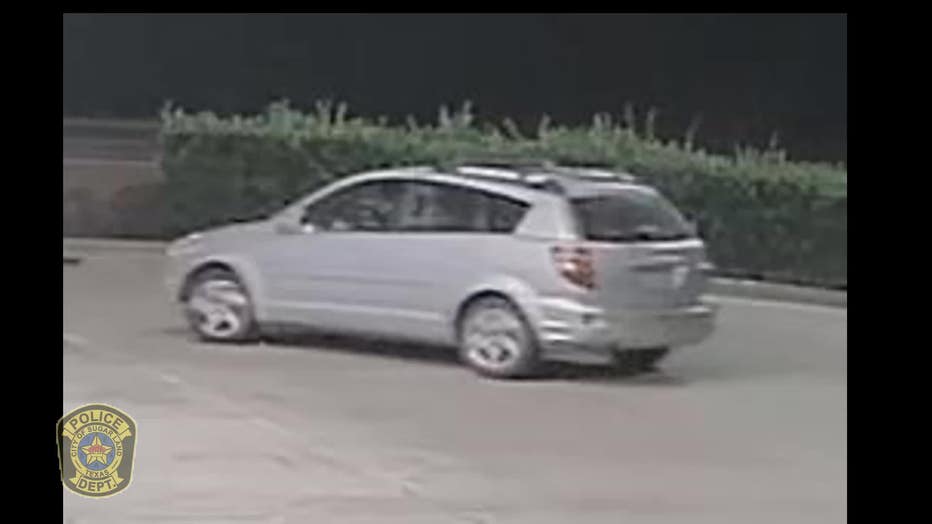 Police say the vehicle that struck the pedestrian was captured on video at a nearby gas station shortly after the crash. Detectives believe the driver is a man.

Anyone with information in the case is asked to call Fort Bend County Crime Stoppers at 281-342-TIPS.  All tips remain anonymous, and the tipster could be eligible for a cash reward.