Man to eat Taco Bell for 30 days for health experiment

Sam Reid talks with FOX Television Stations about his health experiment and love for Taco Bell.

LOS ANGELES - While millions of Americans prefer artificial sweeteners as a healthy alternative to "the real thing," new research has found that these sweet substitutes actually may negatively impact your health, especially when consumed in high quantities.

The risks of high consumption of artificial sweeteners include an increased chance of cardiovascular disease overall, and also stroke and other types of cerebrovascular disease, according to a recent study published Sept. 7 in the medical journal The BMJ.

The study included over 100,000 adults averaging 42 years of age. Nearly 80% of participants were female.

Respondents filled out various questionnaires, providing info on their diet, health, physical activity and other personal health information including smoking status and occupation. 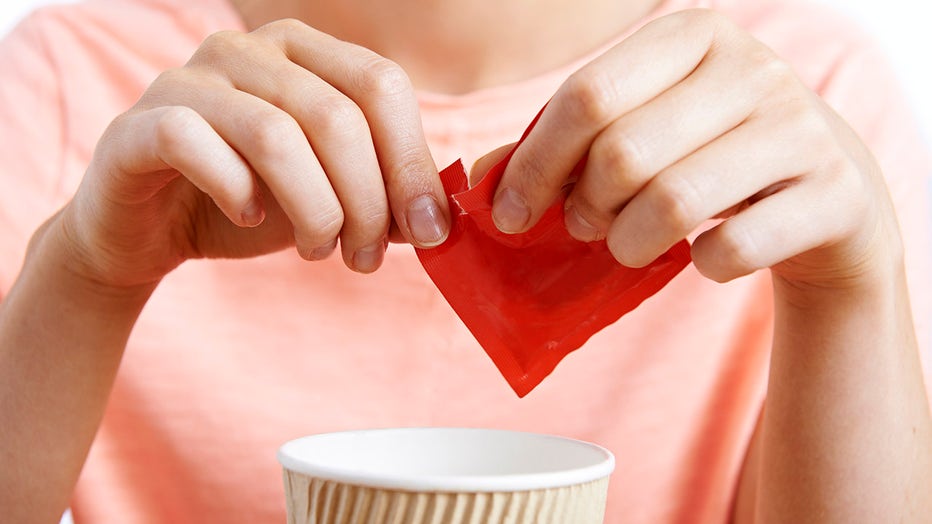 Additionally, people who in the top percentage of artificial sweetener consumption had an 18% higher risk of stroke or another type of cerebrovascular disease compared to people who didn’t touch the stuff. 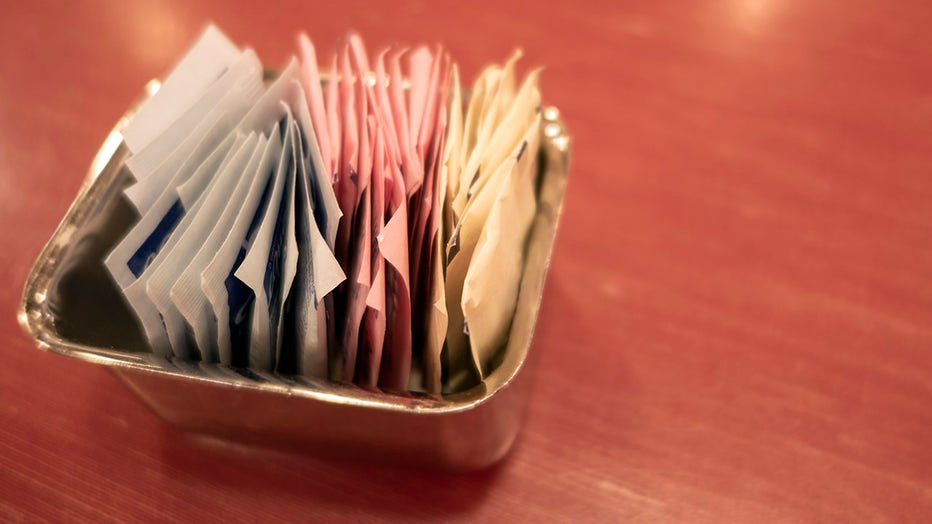 Everything you need to know about sugar alternatives

In the past several years, sugar has come under fire from the medical community. Studies have linked sugar consumption to weight gain and an increased risk of diabetes, cancer, heart disease and acne. As a result, more and more people are turning to alternative sweeteners.

But where do you find these sweeteners, and are they even any better for you? Here’s a look at some of the most common alternative sweeteners in foods.

These sweeteners are found in a variety of foods and beverages, often marketed as "sugar-free" or "diet." These include soft drinks, chewing gum, candy, fruit juice, ice cream and yogurt.

Sugar alcohols may seem too good to be true. They’re natural and taste almost exactly like sugar, but without the calories. In fact, many new diets such as the ketogenic diet encourage the use of sugar alcohols (such as erythritol and xylitol,) because they contain 40-94 percent fewer calories while still containing 40-70 percent of the sweetness found in sugar.

Both xylitol and erythritol have very low glycemic indexes and won’t spike your blood sugar or insulin, making them an excellent alternative to sugar if you suffer from diabetes, pre-diabetes or other metabolic problems. In addition to being found in prepackaged foods, both erythritol and xylitol can also be bought in bags and used in home cooking.

Advertised as plant-based and calorie-free, stevia is a unique sugar substitute. In reality, stevia products are made from a highly refined stevia leaf extract and contain very little stevia in them.

Stevia can be found in granulated or liquid form and added in place of sugar; however, you’ll need to consider the amount of stevia you’re adding, as it’s significantly sweeter than sugar.

If you’re looking for all-natural alternatives to sugar, there are a number of options. We all know about honey, maple syrup and molasses, but two natural sweeteners that have gained popularity are coconut sugar and agave nectar.

While the term ‘natural’ may be appealing, you still need to use these sweeteners sparingly — their vitamin and mineral content isn’t significantly different from that of sugar. In addition, most natural sweeteners contain glucose and fructose, so they’re not ideal if you suffer from diabetes, pre-diabetes or other metabolic problems.

So what’s healthy and what’s not?

In it, they stated that both types of sweeteners, when consumed within an eating plan guided by current federal nutrition guidelines, are perfectly safe. While at one time, saccharine was linked to bladder cancer in lab rats, over 30 studies since have concluded that link cannot be applied to humans.

However, Dr. David Ludwig, an obesity and weight-loss specialist with Boston Children’s Hospital stated in a Harvard Medical School blog post that there is a possibility that artificial sweeteners change the way we taste food, as nonnutritive sweeteners are far more potent than table sugar and even high-fructose corn syrup.

"Overstimulation of sugar receptors from frequent use of these hyper-intense sweeteners may limit tolerance for more complex tastes," Ludwig says in the post.

In short, if you’re worried about the safety of alternative sweeteners, use caution. When eaten in moderation, these sweeteners can be an excellent alternative to sugar and can be enjoyed, according to the Academy of Nutrition and Dietetics. However, an overuse has the potential to leave you craving more sweet foods.

So go ahead and have that Diet Coke. But maybe don’t have eight in a day.