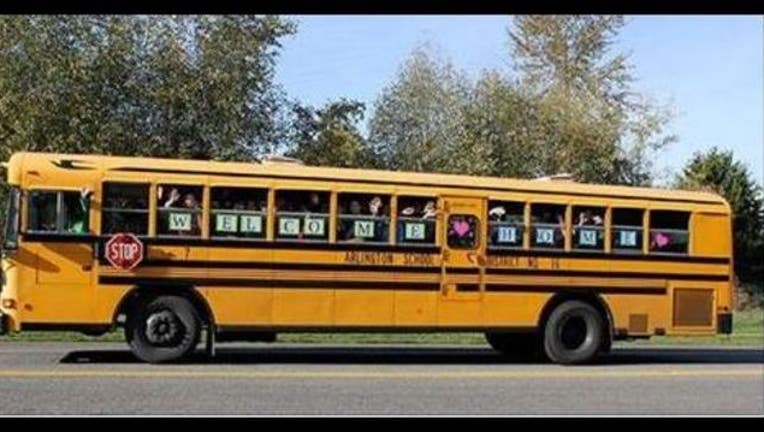 ARLINGTON, Wa. - Our wonderful "Grandma in the Window" was able to come home yesterday! The APS buses that drove by honked while the kids...

Every morning, the students riding on bus number 7 in Arlington, Washington, receive warm waves from an elderly woman as they pass by her home.

Known as the "grandma in the window," she is part of the daily routine for the kids, as well as for bus driver Carol Mitzelfeldt.

Mitzelfeldt went to the woman's house to check on her. She learned from the woman’s husband that her name is Louise Edlen and she was being cared for at a local rehabilitation center after suffering a stroke.

When Mitzelfeldt told the students on the bus, they decided they wanted to do something kind to make the 93-year-old feel better.