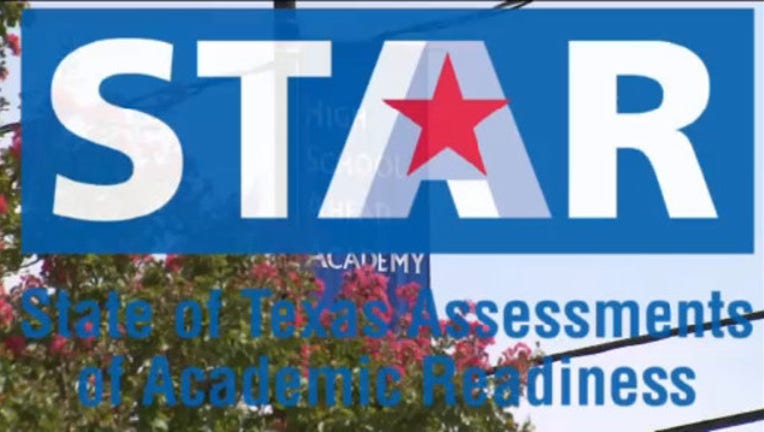 HOUSTON - Some HISD students are learning they were given the wrong STAAR test last year.  As a result, they're being told they have to repeat the eighth grade this year.  Sounds pretty unbelievable but that is exactly what dozens of students are facing.

“My son's report card says ninth grade, promoted to ninth grade” Alexis Kannady points out but school officials say otherwise.  A number of new high school Freshman in the Houston Independent School District are being told they are being held back and have to go back to eighth grade.

”I dropped him off.  Around 45 minutes later I get a call saying pick him up.  I'm like why and they're saying he has to repeat eighth grade,” explains Kannady.

”I was in my class and they just took me out of my class,” says Kannady’s son Jah’lon Curry.  On his first day of high school the 14-year-old was told he couldn't stay and he has to go back to middle school because the HISD charter school High School Ahead Academy didn't give him the correct eighth grade STAAR test last school year.

“It's very unacceptable because if the kids have met the requirements, I don't feel the kids should be punished for administration dropping the ball,” Kannady adds.

Dannyual Smith's son is facing the same thing.  “I’m very upset, very upset.  It made me ill.  I was actually sick in my stomach, ill for my child,” says Smith.  She says it was alarming to hear the kids weren't given the correct STAAR test and a disheartening blow to be told her son’s entire future would be effected as a result and he would have to repeat eighth grade.

“My son was very upset saying, 'What are we going to do mom?  I was looking forward to the ninth grade'.  Other parents said kids were crying.  It's very heartbreaking,” Smith explains.

”We thought we were going to be in high school.  We were excited, telling all our friends.  Now we've got to go back to the eighth grade,” adds Curry.

The Houston Independent School District released a statement saying 89 High School Ahead students have incomplete information in the their file and the district is looking into.  HISD did not answer direct questions regarding the STAAR test accusations.  The parents we spoke with say the district is now telling them their kids will be allowed to take the STAAR test in a few hours on Wednesday morning and will find out the results on Friday.