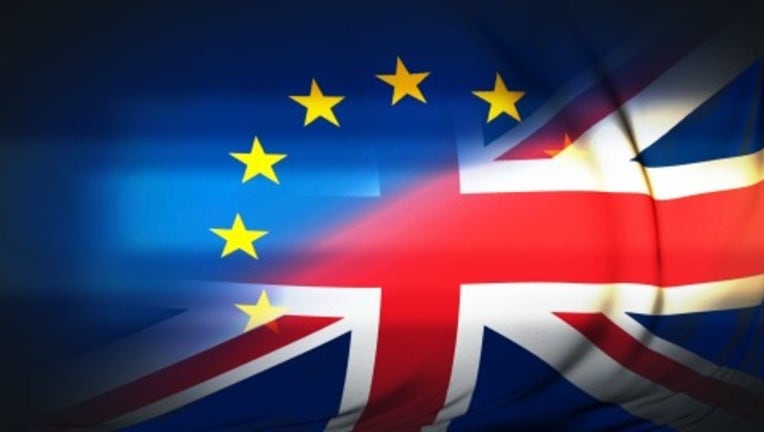 LIVERPOOL, England (AP) - Britain's Labour Party may hold the fate of Brexit in its hands - if only it can decide what to do.

With the U.K. and the European Union at an impasse in divorce talks, many Labour members think the left-of-center opposition party has the power - and a duty - to force a new referendum that could reverse Britain's decision to leave the 28-nation bloc.

Labour leader Jeremy Corbyn has long opposed that idea, and a showdown on the issue looms at the party's annual conference, which starts Sunday in the port city of Liverpool. As delegates gathered, one message was emblazoned on hundreds of T-shirts and tote bags: "Love Corbyn, Hate Brexit."

Ever since Britain voted in 2016 to leave the EU, Labour has said it will respect the result, although it wants a closer relationship with the bloc than the one Prime Minister Theresa May's Conservative government is seeking.

Now, with divorce negotiations stuck and Britain due to leave in March, many Labour members think the party must change its course.

"Labour have to come to a decision. The time has gone for sitting on the fence," said Mike Buckley of Labour for a People's Vote, a group campaigning for a new Brexit referendum.

More than 100 local Labour associations have submitted motions to the conference urging a public plebiscite, with a choice between leaving on terms agreed upon by the government or staying in the EU. Party chiefs will decide later Sunday which motions will be up for debate and votes at the four-day conference.

Margaret Mills, a delegate from Orpington in southern England, said her local party had passed a motion calling on Labour to "stop Brexit by any means - well, short of physical violence."

"I think the time for vagueness is over," she said.

Corbyn - a veteran socialist who views the EU with suspicion - has long been against holding a second public vote on Brexit, although his opposition appears to be softening.

He said Sunday that he would prefer a general election rather than a referendum, but added: "Let's see what comes out of conference."

"Obviously I'm bound by the democracy of our party," Corbyn told the BBC.

"We must back it if Labour members want it," he told The Observer newspaper.

Still, Labour faces a major political dilemma over Brexit. Most of the party's half a million members voted in 2016 to remain in the EU, but many of its 257 lawmakers represent areas that supported Brexit.

"For Labour to adopt a second referendum policy would spell political disaster in all those Labour seats that voted leave," said Brendan Chilton of the pro-Brexit group Labour Leave.

Since the 2016 referendum, Labour has stuck to a policy of "constructive ambiguity" in a bid to appeal to both "leave" and "remain" voters. The party opposes May's "Tory Brexit" plan but not Brexit itself. It calls for Britain to leave the EU but remain in the bloc's customs union with "full access" to the EU's huge single market.

Len McCluskey, leader of the Unite trade union, a powerful Labour ally, said British voters had decided to leave the EU and "for us now to enter some kind of campaign that opens up that issue again I think would be wrong."

Yet Pro-EU Labour members, including many lawmakers, say the party's ambiguous stance is becoming increasingly untenable as the risk of an economically damaging "hard Brexit" grows.

The Conservative government's blueprint for future trade ties with the bloc was rejected last week by EU leaders at a summit in Salzburg, Austria. That left May's leadership under siege and Britain at growing risk of crashing out of the EU on March 29 with no deal in place.

Andrew Adonis, a Labour member of the House of Lords who supports holding a second referendum, said Labour can't sit on the sidelines while the country staggers toward political and financial chaos.

"This is as big a crisis as I can remember in my lifetime," Adonis said. "And no one has a clue at the moment what is going to happen.

"That's why I think we now need to take a stand - we the Labour Party and we the country."

Brexit is one of several challenges facing Corbyn, who heads a divided party. He has strong support among grassroots members, many of whom have joined since he was elected leader in 2015. But many Labour lawmakers think his old-fashioned socialism is a turnoff for the wider electorate.

Labour has also been roiled by allegations that Corbyn, a long-time critic of Israel's treatment of the Palestinians, has allowed anti-Semitism to fester inside the party. He has denied it and condemned anti-Semitism, but the furor has angered many Jewish party members and their supporters.

Labour backed the "remain" side during the 2016 referendum but Corbyn's support was lukewarm.

"Jeremy Corbyn is a Brexiteer and always has been," said Chilton of Labour Leave. "More and more people now support us leaving the European Union and getting on with it. ... they don't want to re-fight the referendum."