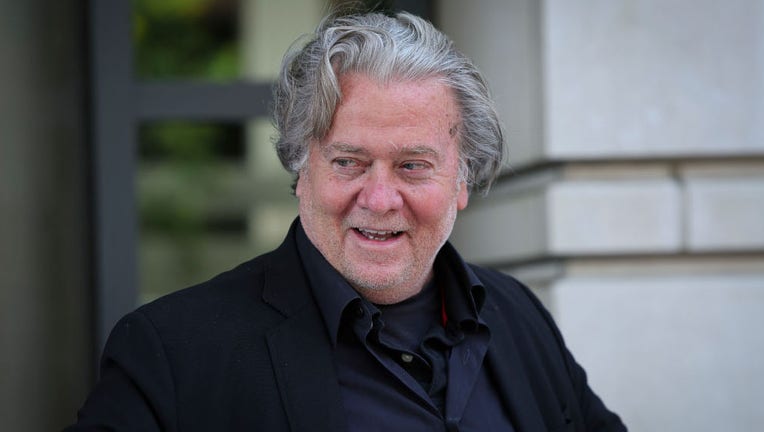 WASHINGTON - A federal judge said Thursday that the criminal contempt trial of Steve Bannon can start as scheduled next week and that the extensive media coverage of the onetime adviser to former President Donald Trump should not be a barrier to selecting an unbiased jury to hear the case.

U.S. District Judge Carl Nichols had earlier in the week rejected a bid by Bannon's lawyers to delay his trial, which is scheduled to start Monday with jury selection. He made a similar ruling Thursday, turning aside concerns from Bannon's lawyers about a CNN report set to air on the eve of trial and what they said were prejudicial comments made during a hearing this week hosted by the House committee investigating the riot at the Capitol on Jan. 6, 2021.

Bannon is charged in Washington's federal court with defying a subpoena from the Jan. 6 committee that sought his records and testimony. Bannon was indicted in November on two counts of criminal contempt of Congress, one month after the Justice Department received a congressional referral. Each count carries a minimum of 30 days of jail and as long as a year behind bars.

He previously argued that his testimony is protected by Trump’s claim of executive privilege.

A lawyer for Bannon told the committee in a letter over the weekend that Bannon was now prepared to testify after Trump issued his own letter saying he would waive any claim of executive privilege.

Though such a professed willingness to testify won't erase the criminal charges Bannon faces, Nichols left open the possibility that the letters could be referenced at trial, saying the information was "at least potentially relevant" to Bannon's defense.

The judge mused earlier Thursday that Bannon could argue that he believed the committee's dates for compliance with the subpoena were malleable and flexible — an argument prosecutors say is belied by the facts and the law.

"The crime of default (with regard to a subpoena) is complete at the time," prosecutor Amanda Vaughn said.