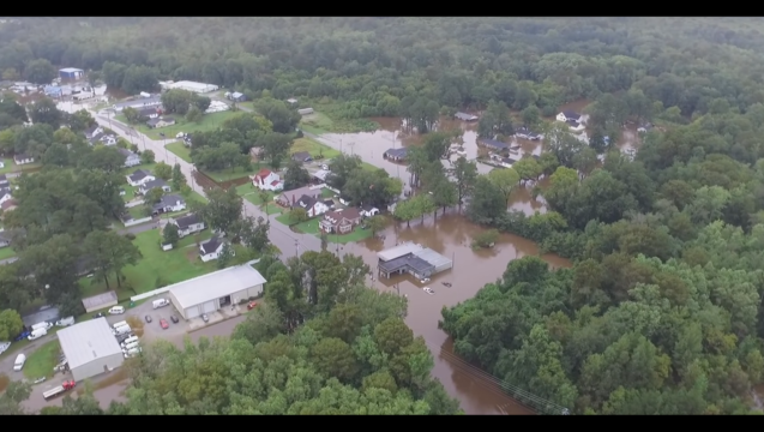 A news release from Elizabeth City in the northeastern part of the state reported that 1 million gallons of untreated wastewater flowed into the Charles Creek and the Pasquotank River.

City manager Rich Olson told the Virginian-Pilot (http://bit.ly/2d61wxB) that floodwaters had overloaded manholes, sending sewage into the city's storm water system and on into the waterways. The leakage began Wednesday and continued for about 24 hours, the city said.

School district websites in several counties also reported closings for a second day or more, including Bertie, Currituck and Hertford.

Media outlets reported that Pender County schools are operating on a two-hour delay Friday after the area received 7 inches of rain with more on the way.

In Windsor in Bertie County, Police Chief James Lane asked people to stay out of downtown.

Gov. Pat McCrory on Thursday declared a state of emergency in 11 counties. The town of Windsor received a foot of rain in three days.