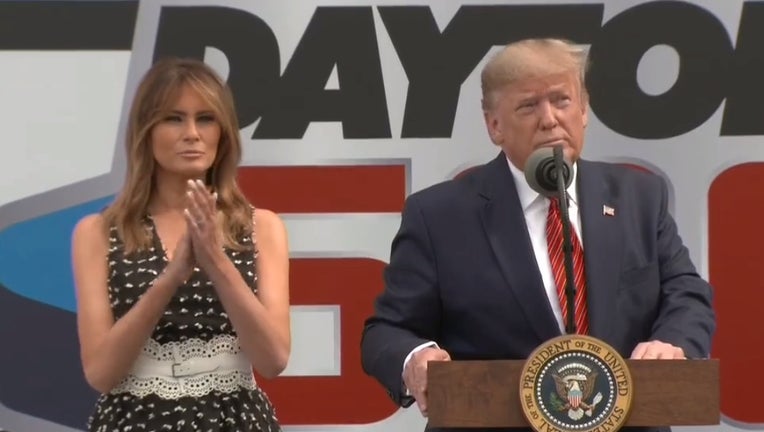 He was the first of any president to take a lap in the armored presidential limo, dubbed "The Beast," FOX News reported.

“The Daytona 500 is the legendary display of roaring engines, soaring spirits and the American skill, speed and power that we’ve been hearing about for so many years,” Trump told the crowd before the race began.

He called the tens of thousands of fans present at the racetrack "patriots," adding that "NASCAR fans never forget that no matter who wins the race, what matters most is God, family and country."

Trump told Fox Sports in an interview that while he's not able to drive his own car as president, getting behind the wheel of one of the race cars was tempting.

"Right now, if I can, I'm gonna hop into one of these cars and I'm gonna get into this race, if possible," he joked.

After rumors that he would, Trump and Melania pleased the crowd by taking a lap in the heavily armored presidential limo, dubbed "The Beast." The lap in the 22,000-pound, Cadillac-branded limousine around the speedway marked a historic first for any president. 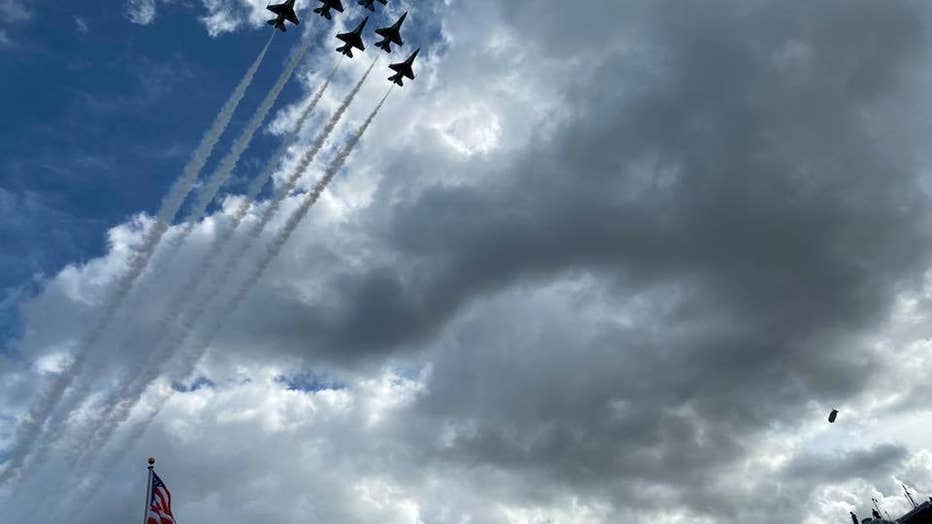 During the Daytona 500, drivers battle through 200 laps around the speedway in the 500-mile stock car race for a chance to lift the champion’s trophy on Victory Lane.

FoxNews.com contributed to this report.