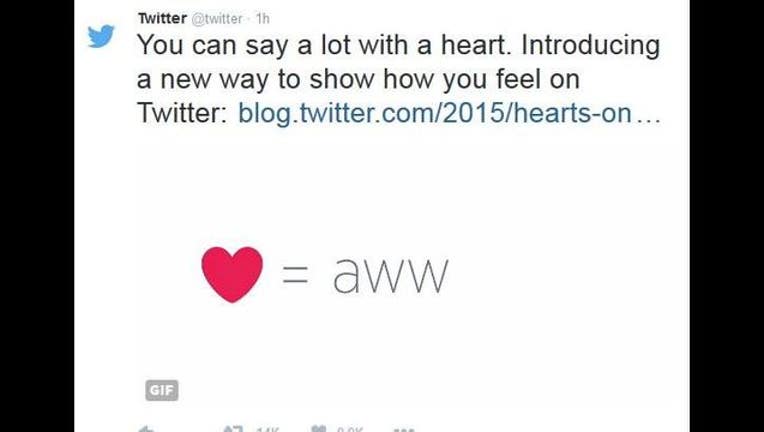 NEW YORK (AP) — You'll no longer see stars on Twitter: The messaging service has removed the star icon found under every tweet and replaced it with a heart.

Twitter Inc. said Tuesday it made the change because the star can be confusing to new users and the heart is more universally known around the globe.

The San Francisco company has been trying to make its service easier to use to lure new users. Last month it launched a channel that brings together video, photos and news stories, so users can find hot topics quicker. The push to make Twitter simpler comes from co-founder Jack Dorsey, who was named permanent CEO last month.