Protesters gather around the world over George Floyd's death

The death of the unarmed black man in Minneapolis has sparked outrage across the world.

MADRID - Skin-tone stamps released by Spain’s postal service in an attempt to raise awareness about racial inequality have faced backlash with the stamps being sold at a different value depending on the color of skin they represent.

"The darker the stamp, the less value it will have, so when making a shipment, it will be necessary to use more black stamps than white ones," the postal service said in a news release, translated from Spanish. "In this way, each letter and each shipment will become a reflection of the inequality created by racism."

Correos España introduced the stamps on the one-year anniversary of George Floyd being killed by a White police officer in Minneapolis. It said the stamps "reflect an unfair reality that continues to affect thousands of people."

The campaign was launched during European Diversity Month in collaboration with Spain’s national SOS Racism Federation, a nonprofit group, and featured a 60-second video with Spanish hip-hop star and activist El Chojín. 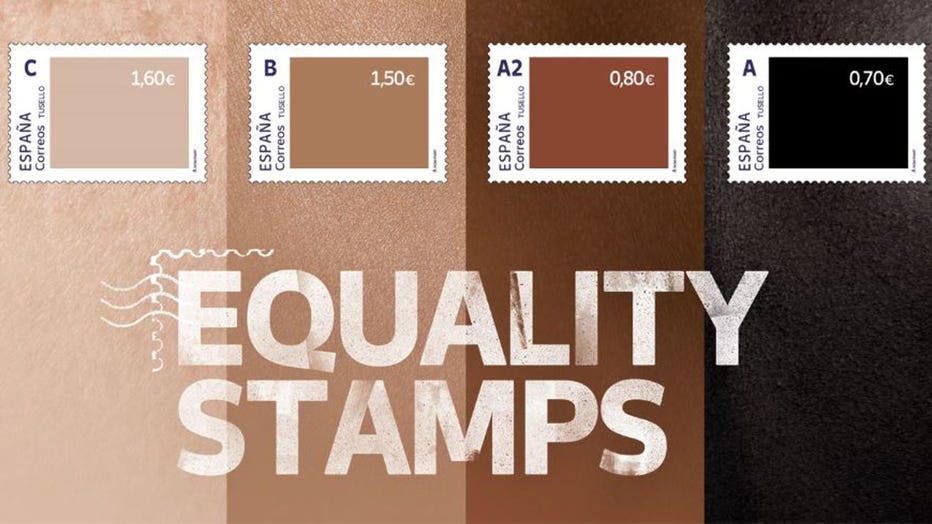 Correos España said the goal of the project was to "shine a light on racial inequality and promote diversity, inclusion and equal rights." But critics have accused the postal service of being tone-deaf and misreading the sentiment of Black people in Spain.

Antumi Toasijé, a historian who heads the government’s Council for the Elimination of Racial or Ethnic Discrimination, urged the postal service to end the campaign.

"A campaign that outrages those it claims to defend is always a mistake," he tweeted.

The postal service's initiative has divided Spanish anti-racism activists. While the national SOS Racism Federation backed it, the organization’s Madrid section poured scorn on the effort.

SOS Racismo Madrid said the campaign helps conceal the structural nature of racism and perpetuate the notion of Black inferiority. It said any racially aware person would have identified what was wrong with the campaign, adding that the blunder proved the need for more racially aware people in decision-making positions at companies.

Correos España said Friday it would make no comment on the controversy.

This isn’t the first time the Spanish postal service has sought to make a statement on social issues. Last June, to coincide with LGBT Pride Month, it issued a special stamp and painted its mailboxes in rainbow colors.