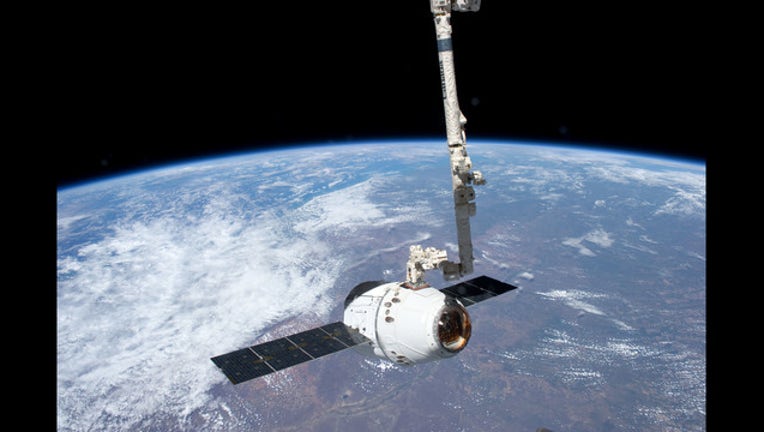 CAPE CANAVERAL, Fla. (AP) - SpaceX said Monday it will fly two people to the moon next year, a feat not attempted since NASA's Apollo heyday close to half a century ago.

Two people who know one another approached the company about sending them on a weeklong flight just beyond the moon, according to Musk. He won't identify the pair or the price tag. They've already paid a "significant" deposit and are "very serious" about it, he noted.

"Fly me to the moon ... Ok," Musk said in a light-hearted tweet following the news conference.

Musk said SpaceX is on track to launch astronauts to the International Space Station for NASA in mid-2018. This moon mission would follow about six months later, by the end of the year under the current schedule, using a Dragon crew capsule and a Falcon heavy rocket launched from NASA's former moon pad in Florida.

If all goes as planned, it could happen close to the 50th anniversary of NASA's first manned flight to the moon, on Apollo 8.

The SpaceX moonshot is designed to be autonomous - unless something goes wrong, Musk said.

"I think they are entering this with their eyes open, knowing that there is some risk here," Musk told reporters in the telephone conference, a day after teasing via Twitter that an announcement of some sort was forthcoming.

"They're certainly not naive, and we'll do everything we can to minimize that risk, but it's not zero. But they're coming into this with their eyes open," said Musk, adding that the pair will receive "extensive" training before the flight.

Musk said he does not have permission to release the passengers' names, and he was hesitant to even say if they were men, women or even pilots. He would only admit, "It's nobody from Hollywood."

The paying passengers would make a long loop around the moon, skimming the lunar surface and then going well beyond, perhaps 300,000 or 400,000 miles distance altogether. It's about 240,000 miles to the moon alone, one way.

The mission would not involve a lunar landing.

"This should be a really exciting mission that hopefully gets the world really excited about sending people into deep space again," Musk said.

NASA will have first dibs on a similar mission if it so chooses, he said. The space agency learned of his plan at the same time as reporters.

In a statement, NASA commended SpaceX "for reaching higher." In all, 24 astronauts flew to the moon and 12 walked its surface from 1969 to 1972.

The California-based SpaceX already has a long list of firsts, with its sights ultimately set on Mars. It became the first private company to launch a spacecraft into orbit and safely return it to Earth in 2010, and the first commercial enterprise to fly to the space station in 2012 on a supply mission.

Just a week ago, SpaceX made its latest delivery from Kennedy Space Center's legendary Launch Complex 39A, where the Apollo astronauts flew to the moon and shuttle crews rocketed into orbit. That will be where the private moon mission will originate as well.

The crew Dragon capsule - an upgraded version of the cargo Dragon - has yet to fly in space. Neither has a Falcon Heavy rocket, which is essentially a Falcon 9 rocket with two strap-on boosters, according to Musk. A Falcon Heavy test flight is planned this summer, while an empty crew capsule is set to launch to the space station late this year. He said there will be ample time to test both the spacecraft and the rocket, before the moon mission.

NASA last week announced it was studying the possibility of adding crew to the test flight of its megarocket, at the request of the Trump administration. Such a flight to the lunar neighborhood wouldn't happen before 2019 at best - if, indeed, that option is even implemented.

Musk said anything that advances the space exploration cause is good, no matter who goes first.

Retired NASA astronaut Scott Kelly, who will celebrate his homecoming this week from a one-year space mission, was quick to tweet: "It's been almost a year. Send me!"

Musk said he expects to have more moon-mission customers as time goes by.

At the same time, SpaceX is also working on a so-called Red Dragon, meant to fly to Mars around 2020 with experiments, but no people - and actually land. His ultimate goal is to establish a human settlement on Mars.

NASA released the following statement on Monday regarding the private moon venture announcement: 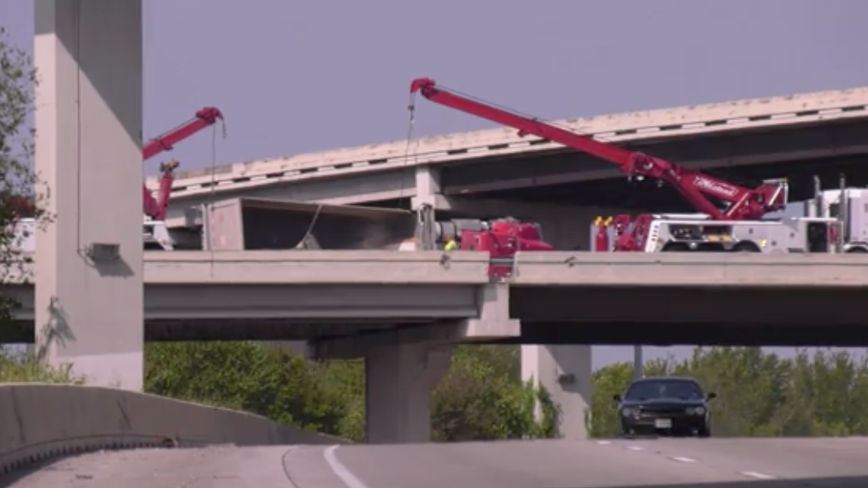