NASA coverage of the Crew 5 liftoff from Kennedy Space Center in Florida.

CAPE CANAVERAL, Fla. - Four astronauts from three countries launched on Wednesday with SpaceX on a six-month mission to the International Space Station.

The Crew-5 mission, the fifth for SpaceX as part of NASA's Commercial Crew Program, was delayed by Hurricane Ian, which made landfall on the Southwest Florida Gulf Coast as a Category 4 storm last week. 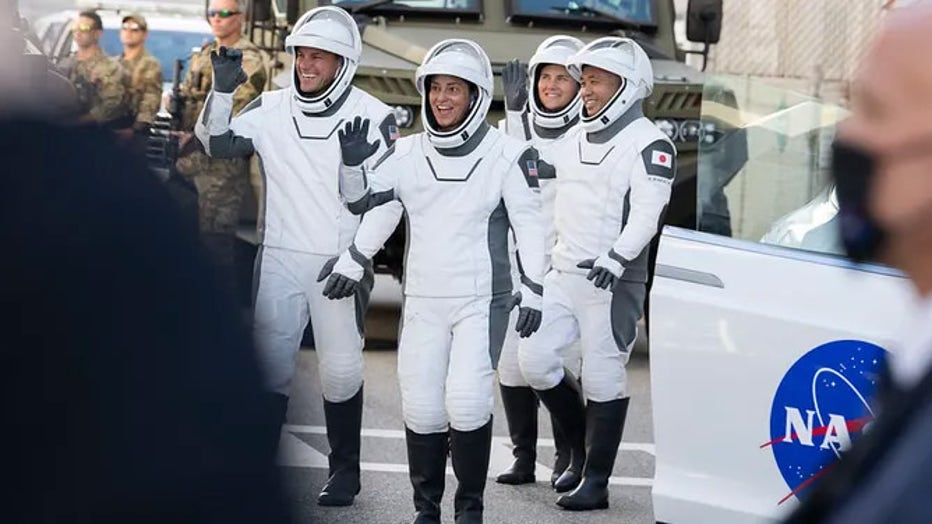 After an early wakeup call and breakfast, the astronauts suited up in the KSC Operations and Checkout building with the help of SpaceX personnel known as "ninjas" wearing all black.

Next, the Crew-5 team walked outside and had a few moments to wave goodbye and exchange their final in-person words with family and friends outside the O&C building.

In SpaceX style, Elon Musk's company uses two Teslas to transport the astronauts to launchpad 39A, and the crew members each pick some songs for the ride to the pad.

More than 3 hours before liftoff, all four astronauts were helped into the Crew Dragon Endurance capsule and buckled in for the ride.

A few minor issues popped up as the crew settled in, but the countdown continued.

SpaceX teams double-checked Cassada's suit for leaks and "verified" his zippers after seeing different pressure readings than during the launch practice earlier this week. Then, teams found a piece of hair delaying the spacecraft hatch from closing. SpaceX personnel look for any FOD, or foreign object debris, before closing the Dragon hatch.

Florida's forecast at KSC called for a beautiful day for liftoff with almost a 100% perfect launch probability, according to the 45th Weather Squadron.

Why this mission is unique 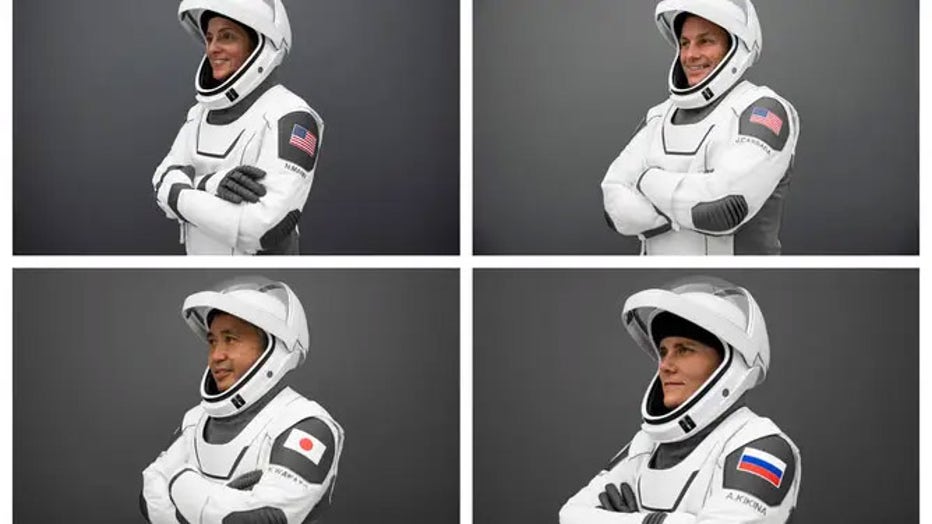 It will be the first time in space for all but one of the Crew-5 astronauts. This will be the third type of spacecraft for Japan's Koichi to launch. Koichi has spent more than 347 days in space during two Soyuz missions and Space Shuttle Endeavour.

Mann, a member of the Wailacki Tribe, will become the first Native American woman to visit the International Space Station. A dream catcher made by Mann's mother is among the personal items flying with her to the low-Earth orbit. She is also the first female commander of a SpaceX Dragon mission.

Mann and Cassada were both previously assigned to fly on Boeing's Starliner spacecraft, the second spacecraft NASA selected under the commercial crew program to fly astronauts to and from the ISS. After delays with Starliner, NASA reassigned Mann and Cassada to a SpaceX flight. Boeing and NASA are targeting February for the first crewed flight test of Starliner to the space station.

Kikina will be the first cosmonaut to fly with SpaceX. A dream catcher made by her mother is among her personal items flying with her.

Roscosmos has very few women cosmonauts. In the U.S.S.R., the space agency was the first to send a woman to space. Kikina will be the sixth Russian woman to fly in space overall.

After launching, the crew will spend more than 24 hours in the spacecraft before docking at the International Space Station at 4:57 p.m. EDT Thursday. The Crew Dragon can autonomously park itself at the ISS docking ring, but as the mission pilot, Cassada can manually take over if needed.

The astronaut-cosmonaut crew will be greeted by the seven astronauts already living on the ISS, including the four Crew-4 astronauts, NASA astronaut Frank Rubio and two Russian cosmonauts.

LINK: Get updates on this story from FOXweather.com