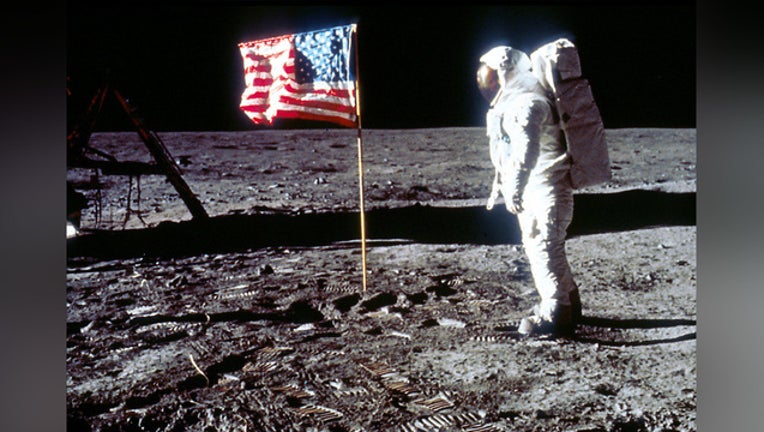 Astronaut Edwin "Buzz" Aldrin poses next to the U.S. flag July 20, 1969 on the moon during the Apollo 11 mission. (Photo by NASA/Liaison)

HOUSTON (FOX 26) - Your summer vacation travel experience could rocket to new heights this year if you're flying with United Airlines during the month of July. In honor of the 50th anniversary of the Apollo 11 moon landing, the airline is bringing out-of-this-world experiences to their terminals at George Bush Intercontinental Airport.

United Airlines has partnered with Houston First Corporation, Space Center Houston, NASA and OTG to provide customers with a number of opportunities to learn about and celebrate space exploration.

During July, guests can dine like an astronaut. Two restaurants inside Terminals C and E – Ember and Tanglewood Grille – will be featuring a modern day version of special dishes astronauts ate while on board.

RELATED: NASA celebrates successful Apollo 11 mission with a look back in time

Space fans will also have a chance to win two seats on an Apollo 11 celebration flight as well as a behind the scenes tour of NASA through a social media contest.