In 2018, Mrs. Jane Smith of San Francisco, California, flew with the Southwest Airlines team from San Francisco to Las Vegas to celebrate her 100th birthday.

That's when she first became friendly with the flight crew, according to a July 28, 2022, news release from Southwest Airlines.

To make the day memorable, Southwest employees sang "Isn’t She Lovely" by Stevie Wonder at the gates.

Then, all the passengers on the flight sang "Happy Birthday to You." 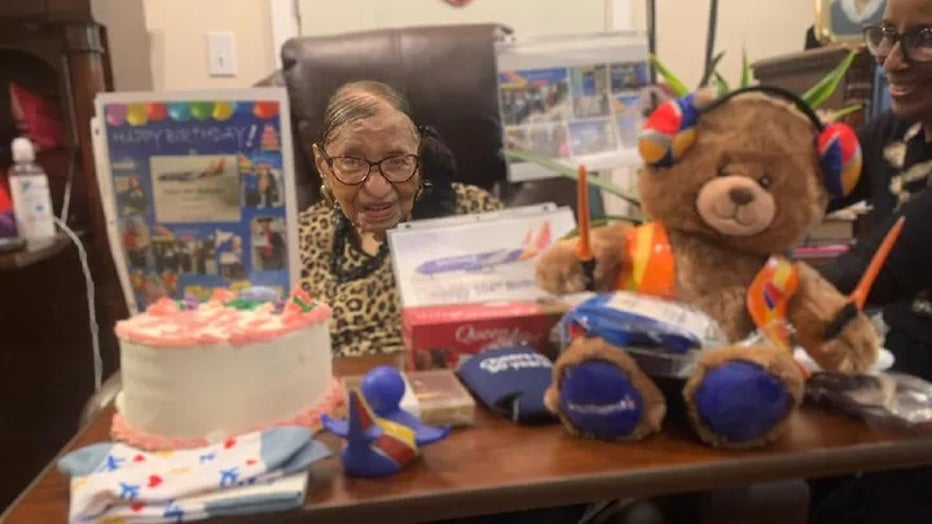 For the last two years, Smith's plans for her birthday trips were halted due to the coronavirus pandemic.

So, Dal Porto and Chinn wanted Smith's 2022 trip to Las Vegas to be a joyous occasion for the centenarian.

The Southwest staffers printed out certificates to have the agents greet her as she passed through the airport in San Francisco.

"It’s been a fulfilling experience to meet [Jane] and her family."

They also worked with their colleagues in Los Angeles to ensure that Smith arrived in style.

However, two days before her planned trip to Las Vegas on March 24, 2022, Smith got sick and had to cancel.

That’s when Dal Porto and Chinn brought the party to her — complete with a cake, an orchid and some Southwest Airlines goodies.

"Celebrating a birthday at Southwest Airlines is always a special occasion. However, there was nothing quite like honoring and celebrating the life of someone as sweet as Mama Jane year after year," Chinn told Fox News Digital.

"It’s been a fulfilling experience to meet her and her family who have now become a part of our Southwest family." 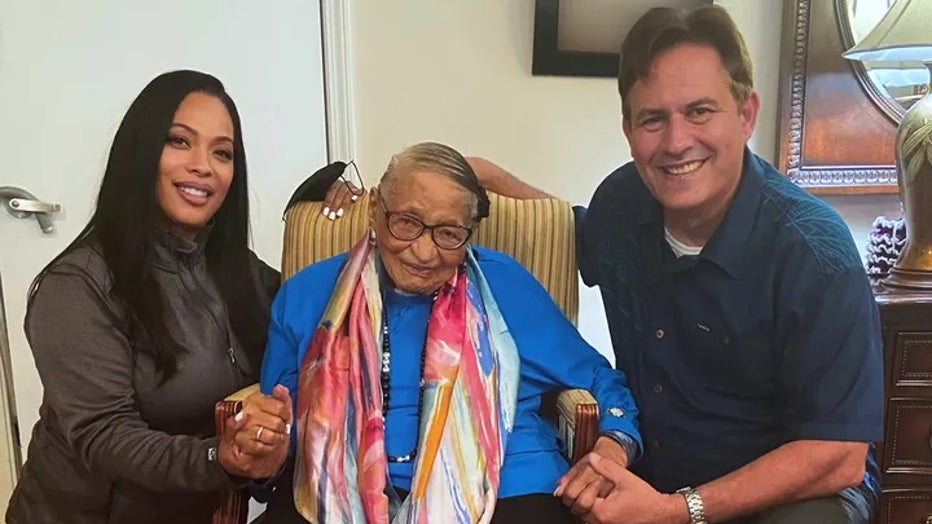 "This has been an amazing journey with Mama Jane. This is why Southwest employees are the heart of connecting our customers to what is important in their lives," echoed Dal Porto.

The couple were married for 71 years. 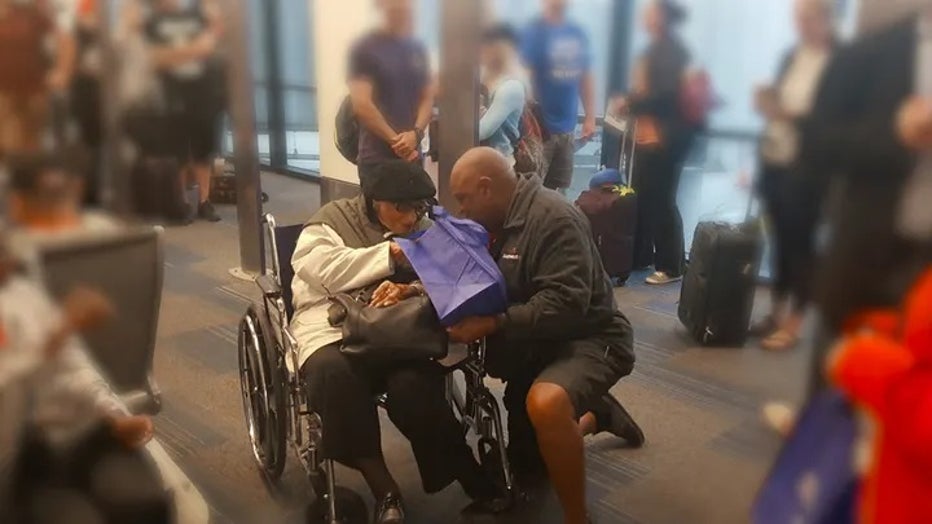 Smith had several jobs in her life. She was once a maid for the president of Mary Baldwin College in Staunton, Virginia, sold eggs and homemade butter, operated a grocery store in Staunton with her husband and worked in a department store as a gift wrapper.

In Richmond, Virginia, she worked as a supervisor from the U.S. Defense General Supply Center, Southwest said, and retired from there.

As for celebrating her 104th birthday, Smith sang the praises of her two friends.

RELATED: Couple gets married on flight to Vegas: 'Any turbulence, I want to weather it with you'

"Bryan and Nisha have shown me an abundance of love and are some of Southwest’s finest," she said in a statement.

"I’m so grateful for them."