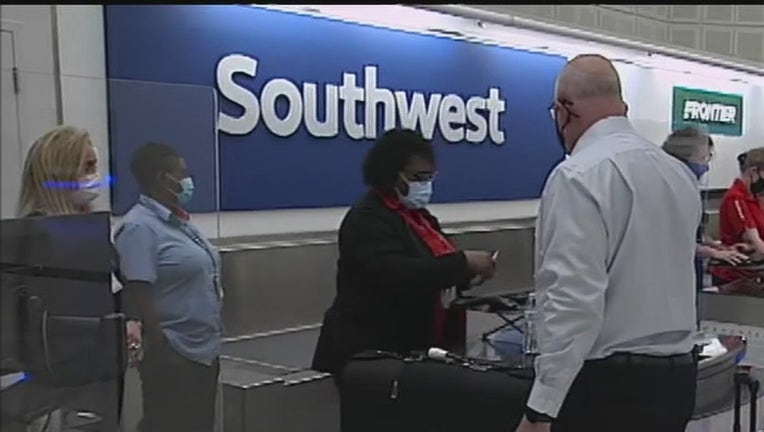 HOUSTON - A popular airline is coming back to Bush Intercontinental Airport.

Starting Monday, Southwest Airlines flights will begin departing and arriving at Terminal A.

It has been 16 years since Southwest Airlines has provided service to Bush Airport.

This is an expansion of Southwest’s service to the Houston area. Hobby Airport will continue its operations with Southwest.

At Bush, there will be 15 daily departures to five destinations. The first flights have already departed to destinations like Dallas, Denver, Chicago, Nashville, and New Orleans.

Having another location in the Greater Houston area will give residents and visitors more options and may just make the trip to the airport a lot easier.

We spoke with one passenger who lives about an hour north of Bush Airport and shared with us some exciting details about the inaugural flight he will be a part of.

So far we are seeing everyone including employees wearing their masks, but each airline has different policies. If you are unfamiliar with Southwest’s policy, you want to check on their website.