EDITOR'S NOTE: This video is from the original story on this case.

HOUSTON - Houston police have identified the suspect who was shot to death by members of a task force at an apartment complex in Houston on Friday morning.

Harrison Brown was wanted for aggravated robbery out of South Carolina, according to Houston Police. Brown, 33, was also accused of stalking a female and shooting at the house she was in, according to Calhoun County Sheriff's Office in South Carolina.

HPD says members of the Gulf Coast Violent Offenders Task Force attempted to serve a felony warrant at an apartment complex in the 1800 block of El Paseo Street around 8:25 a.m. When they located Brown, US Marshals Office agents performed a vehicle containment technique to prevent the suspect from driving away.  Officers wearing clearly marked tactical gear exited their vehicles and attempted to approach the suspect’s vehicle. 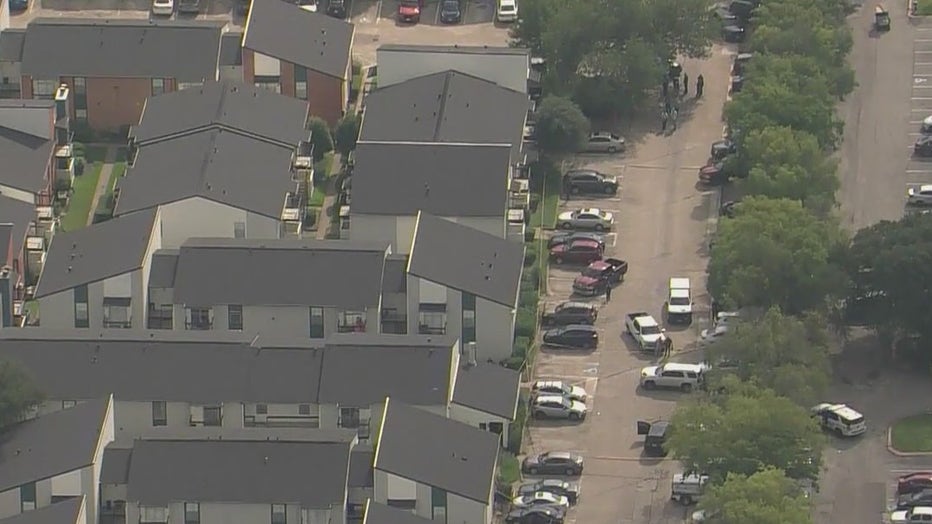 An investigation is conducted after a shooting on El Paseo.

The suspect, who was seated in the driver seat of the vehicle, pressed the accelerator in an effort to flee but was only able to spin the tires, HPD says. The suspect then displayed a firearm and several officers with the U. S. Marshall's Office, Harris County Constable Precinct Five and the Texas Department of Public Safety Office of Inspector General all discharged their weapons. No HPD officers discharged their duty weapons in this incident.

The suspect was shot more than one time and was pronounced dead at the scene.

As is customary in officer-involved shooting incidents in the Houston city limits, this case is being investigated by the HPD Special Investigations Unit and the Harris County District Attorney's Office.