After the shooting, two deceased individuals were discovered inside the home. The victims in this homicide are identified as Marshel and Pamela Wilson.&nbsp;22-year-old Austin Wilson has been taken into custody.

Missouri City - On Saturday night, a Missouri City police officer responded to a 911 call that ended in the discovery of two bodies.

The incident happened around 6:48 p.m. in the 1100 block of Mesa Verde. The officer arrived to find an armed man outside the home, who is believed to have fired at the officer. She exchanged gunfire with the suspect, and he was hit and transported to a local hospital with non-life threatening injuries.

After the shooting, two deceased individuals were discovered inside the home. The victims in this homicide are identified as Marshel and Pamela Wilson.

The suspect has been identified as their 22-year-old son Austin Wilson. An arrest warrant for Capital Murder has been issued for the suspect and upon his release from the hospital, he will be taken into custody. His bond has been set at $750,000.

Neighbors tell FOX 26 that a family lived in the home. The two deceased were a couple in their 60s who lived with their son in his 20s. 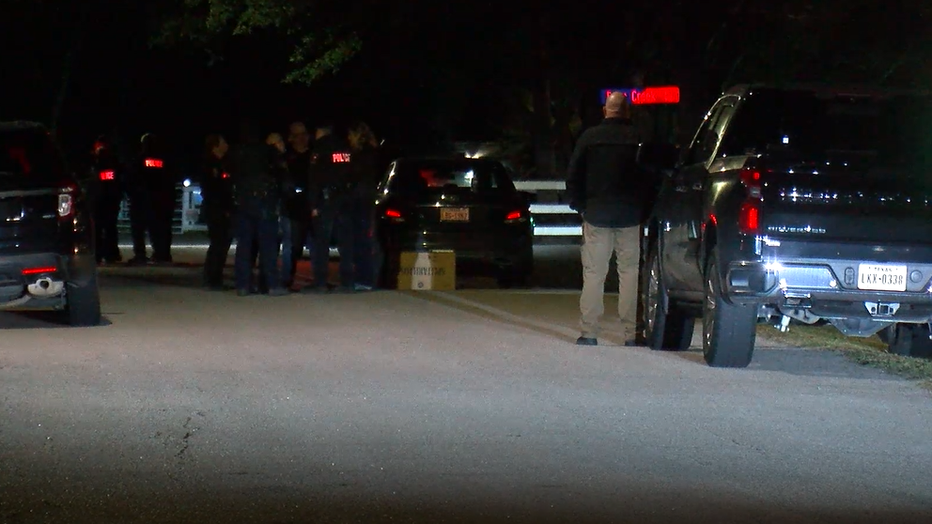 Neighbor Jessie McCormick isn't sure how to process the reality of what happened.

"I haven't really swallowed it yet. I keep looking out the window to see somebody walking down the driveway," said McCormick.

"We traveled together, we went on vacations together. They were in our wedding. The husband was the best man. The baby, he was 7. He was the ring boy and she was one of my bridesmaids 15 years ago," said neighbor Louwilda Tezena.

Missouri City police say preliminary information suggests the armed suspect is connected to the two deaths inside the home, but so far no charges have been filed.