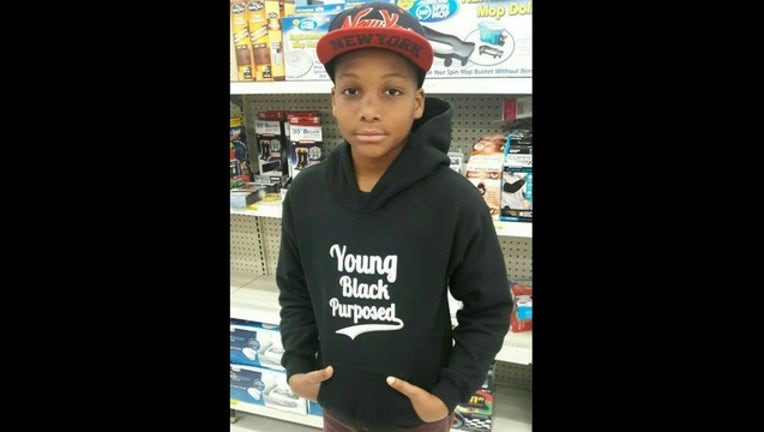 OAKLAND, Calif. (KTVU) - “I would rather be the one that died protecting my friends then have an entire class die and I be the only one that lived.”

I don’t use the word stunning very often.

But I found this conversation between a mother and her son absolutely stunning.
They were talking about preparing for a school shooting.

Here’s what Tanai Benard wrote about her son Dez:

My 5th grader and I were conversing on the way to work/school this morning.

As an educator, I wanted to be sure he and his classmates were taking the school safety drills seriously and not using it as a time to socialize and goof off.

Me: Have you guys praticed a lockdown drill in class yet?

Dez: Are you talking about an active shooter drill?

Me: Yes
Dez: Yes, we practiced it

Me: So tell me what you are suppose to do.

Dez: The teacher is suppose to shut and lock the door, put the black paper over the window on the door.
Then myself and three other boys are suppose to push the table against the door.
After that all the class is going to stand behind us on the back wall.

Me: The class is supposed to stand behind who?

Dez: Me and the other 3 boys.
We stand at the front and they get behind us.

Being transparent, I immediately went to the "why is my black son being put on the front line?"
(Just being real)
So I asked before I verbally stated my thoughts.

Me: Why did you get picked to stand in front of everyone else if a shooter came in your school?

Dez: I didn't get picked.
I volunteered to push the table and protect my friends

Me:  😯*immediate nausea * Dez why would you volunteer to do that?

Dez: If it came down to it I would rather be the one that died protecting my friends then have an entire class die and I be the only one that lived

Father God, it took everything out of me not to breakdown.
I still have a lump in my throat.
10 damn years old and this has to be our babies thought process in America.