LOS ANGELES - Sofía Jirau has made history as the first model for Victoria's Secret with Down syndrome.

"One day I dreamed of it, I worked on it and today it is a dream come true," Jirau shared on social media. "I can finally tell you my big secret... I am the first Victorias’ Secret model with Down syndrome!"

Jirau was one of 18 women hired for the lingerie and comfort-wear company’s launch of its brand new Love Cloud collection.

She continued, "Thanks to all of you for always supporting me in my projects. Thanks to @victoriassecret for seeing me as a #NoLimits model and making me part of the Love Cloud Collection inclusion campaign. This is just the beginning, now it's formed!"

In Feb. 2020, Jirau made her modeling debut at New York Fashion Week as one of the few models with Down syndrome to participate in the iconic fashion event. 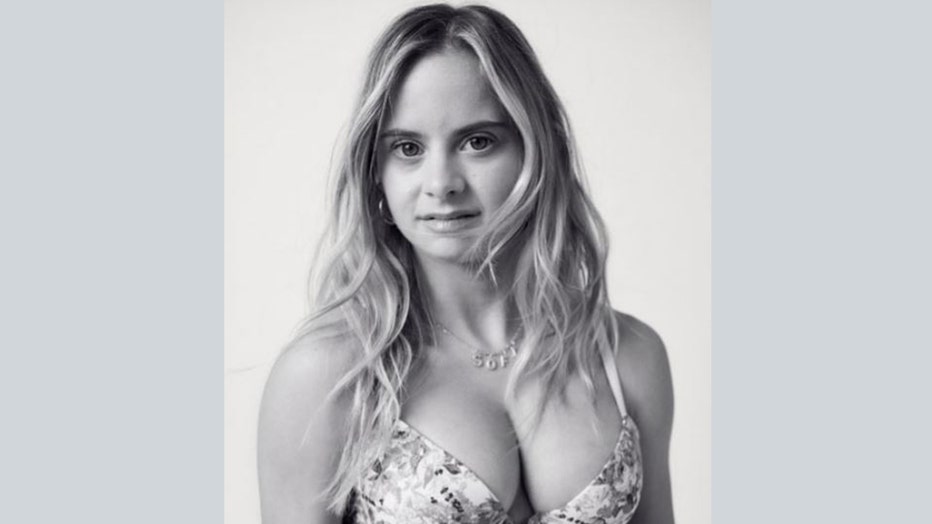 The model also became an entrepreneur in 2019 by launching an online store, named "Alavett," based on her favorite phrase, "I love it."

Currently, she works as an experience ambassador in the Puerto Rican company INprende, which has served as her supporter to fulfill her dreams, according to her website.

A spokesperson for Victoria's Secret issued a statement to FOX Television Stations Group writing, "We are thrilled to have Sofia featured in the Love Cloud campaign. Victoria’s Secret is committed to welcoming, celebrating and being there for all women. This campaign was brought to life with an incredible cast of inspiring women with unique backgrounds, experiences, abilities, and stories."

The news comes less than one year after Victoria’s Secret’s decision to part with their world-famous "Angels" supermodels in an effort to highlight women known for their accomplishments rather than their figures.

"When the world was changing, we were too slow to respond," said Waters. "We needed to stop being about what men want and to be about what women want."

Jirau concluded in her message to fans, "Inside and out there are no limits, Alavett!"

According to the Centers for Disease Control and Prevention, Down syndrome is a condition in which a person has an extra chromosome. This extra copy changes how the baby’s body and brain develop, which can cause both mental and physical challenges for the baby.

FOX News contributed to this story.